Mobvoi's Ticwatch E2 and the TIcwatch C2 have almost exactly the same smartwatch innards. So why buy one over another? 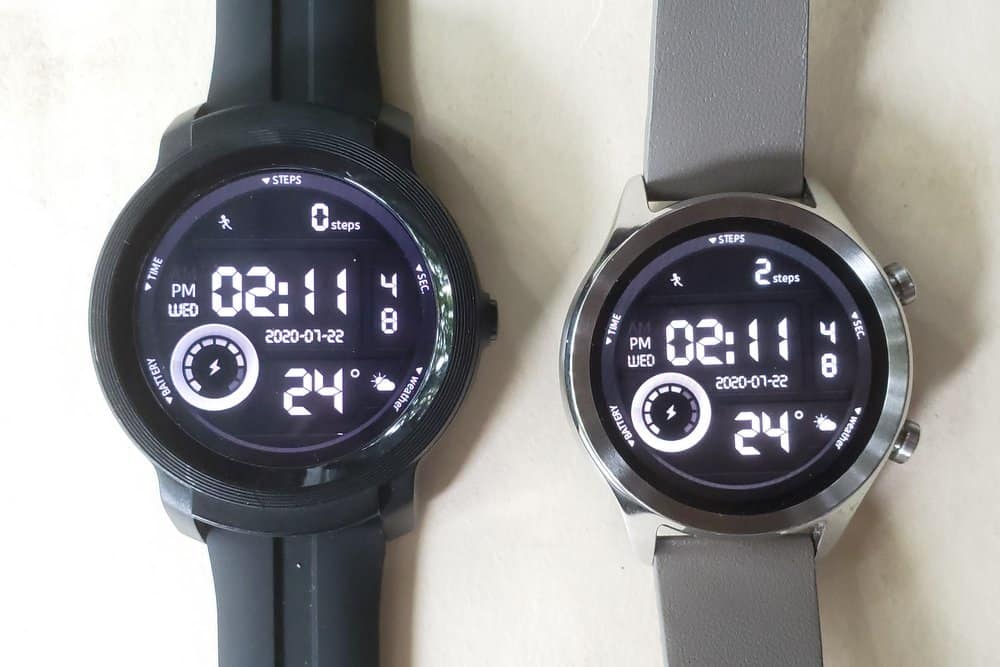 Funny because Mobvoi, the makers of the TIcwatches, almost seem to be segmenting their market too thinly.

According to these watches webpages, the Ticwatch E2 is really meant for the casual sportsperson who enjoys “city” sports like skateboarding, swimming in a pool and running.

The Ticwatch C2 isn’t marketed to sporty people, but it is still aimed at city folk who with trendy office jobs.

And all of them are attractive, younger people.

So what makes Mobvoi think these watches will attract a younger crowd? 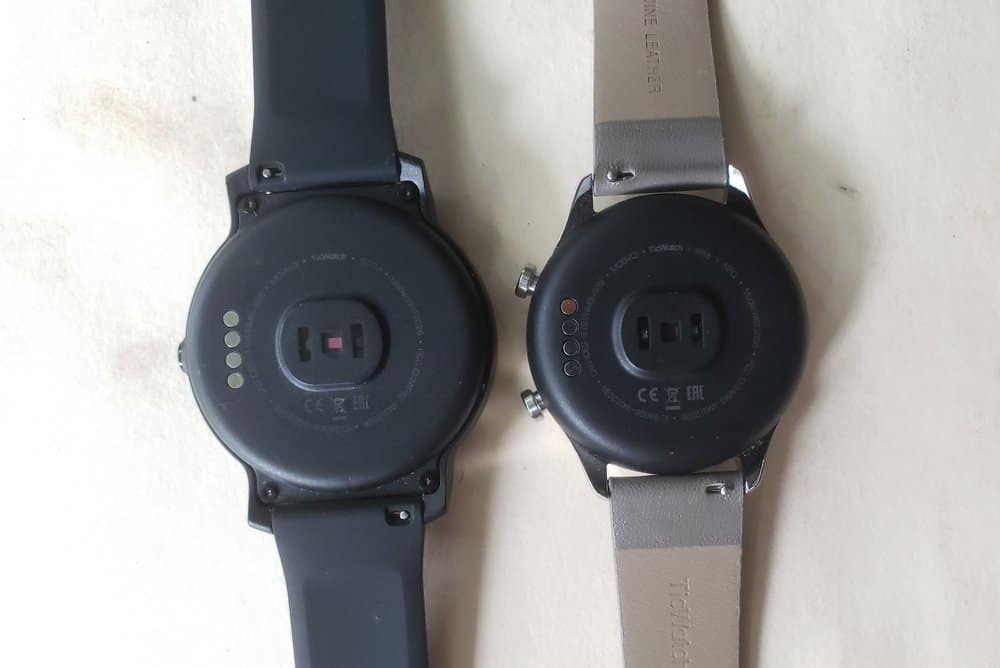 I remember in 1998 when Casio was the standard brand for digital watches. Kids who had the Casio watches with a calculator rather than just a plain digital watch were very cool.

These two watches are extremely cool because of the things you can do on them. They’re just amazing productivity enhancements, and it all starts with the operating system.

The Ticwatch E2 is all black. Black silicone strap, black, plastic watch case and by default, a black-coloured watch face with orange minute and hour hands.

Both straps are not very comfortable, with the Ticwatch C2’s being worse for its stickiness and rigidness.

My only complaitn with the Ticwatch E2’s strap is that it is very thick and makes using a keyboard quite uncomfortable.

The Ticwatch E2 has one button that functions like a back button or a main menu button while the Ticwatch C2 has two buttons, one of which functions as a shortcut to an app.

But the E2/s strap is waterproof whereas the leather strap that the C2 comes with isn’t. Mobvoi advises you to change it out before taking the C2 into water.

Google’s smartwatch operationg system, the Wear OS, is an excellent smartwatch platform because of its ability to tap into Google’s deep technological knowledge.

One big technological advantage is how that smartwatch has one of the best speech-to-text systems, a big app store and also it integrates easily into Android smartphones. 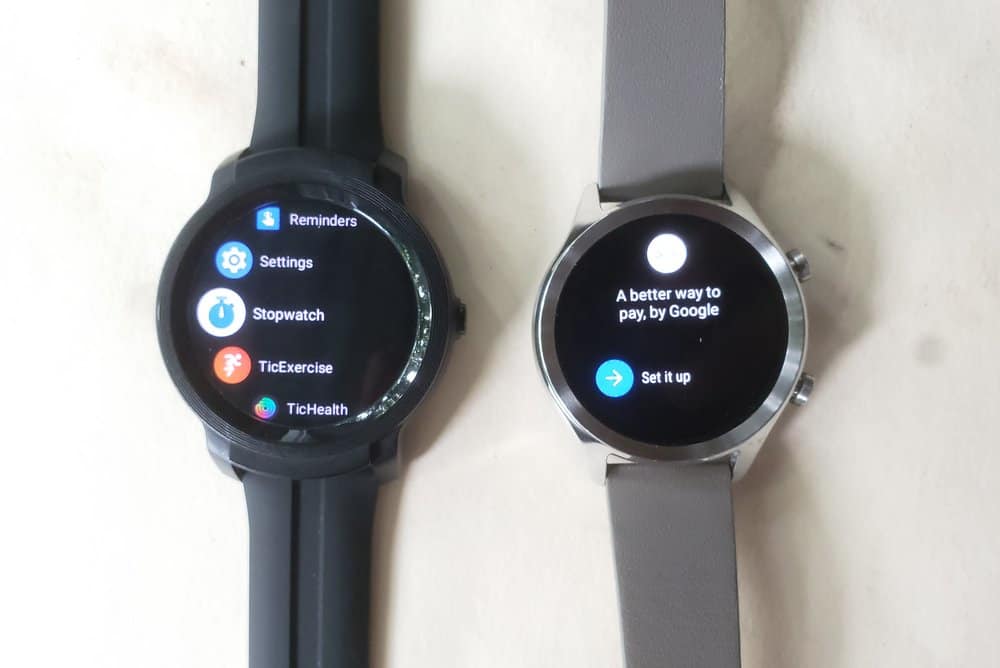 But let’s start with a differentiating factor between the two smartwatches.

The Ticwatch C2 has an NFC chip that allows you to use Google Pay for contactless payments. I think this is a fantastic feature because you’ll always have your credit card available on your wrist, although that does force you to put a PIN on the smartwatch. 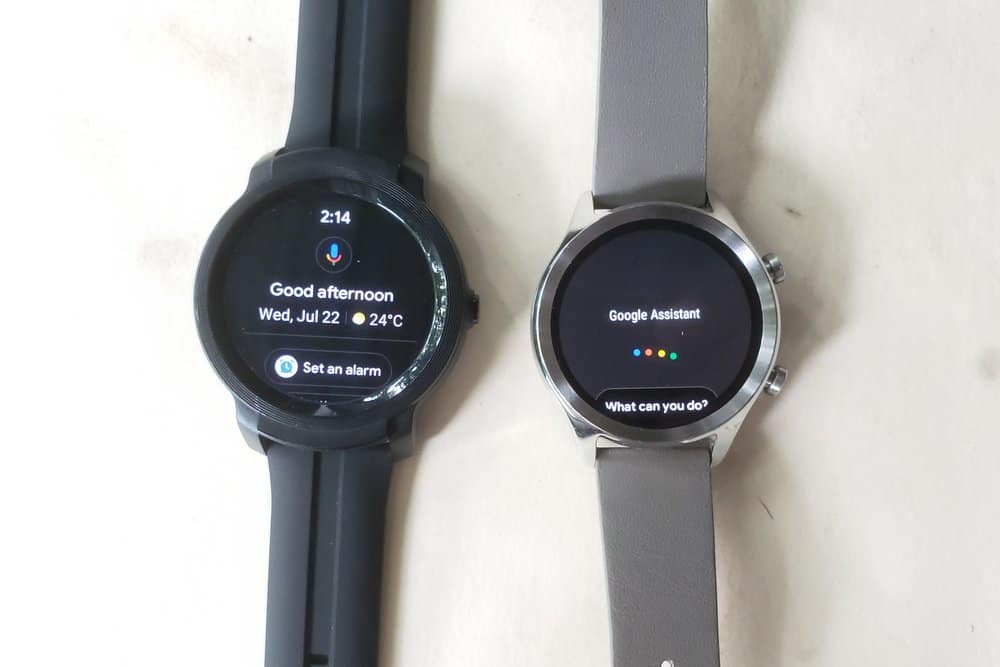 One of the things I really love about the Wear OS is Google Assistant.

Both the Ticwatch C2 and Ticwatch E2 have this feature and it really enhances your ability to get tedious tasks out of the way.

I really love it when I can speak to my watch and tell it to start a timer. Great for cooking and even more convenient than setting a timer on the oven.

Google Assistant interprets your speech accurately and therefore makes tedious tasks easy. I found that when using lesser voice assistant systems that they can be rather frustrating because you’d have to repeat your instructions. Google Assistant is not one of them. 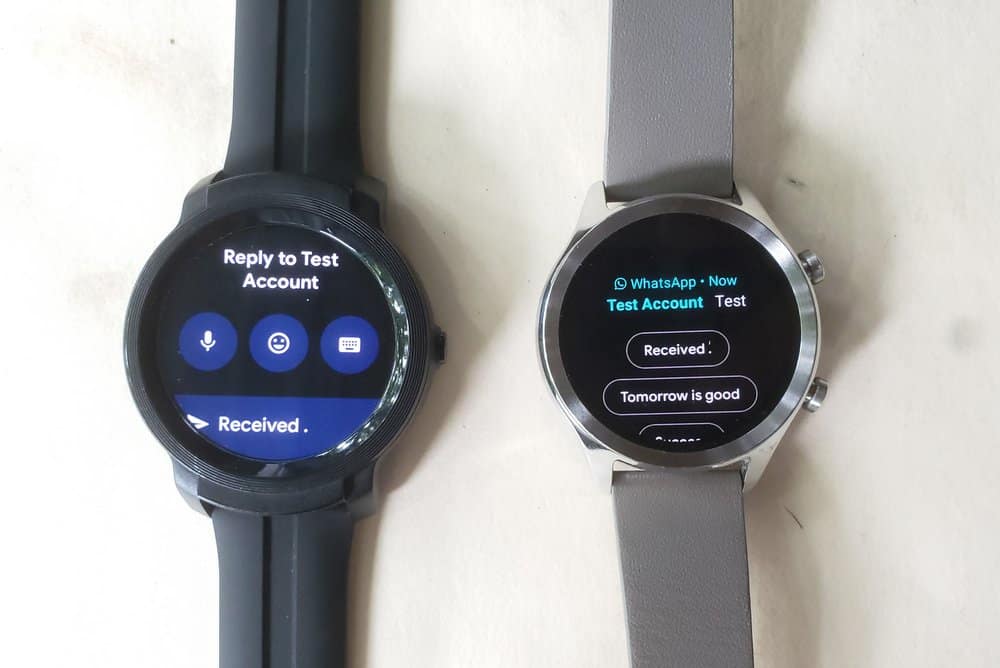 The great thing about the Ticwatch C2 and the Ticwatch E2 is that you can both receive and reply to messages as long as you are paired to an Android phone.

If you are paired to an iPhone, then you will only be able to read messages.

This is great news because the easiest means of replying is through the speech-to-text system, which is one of the best. That means that you will mostly get the correct words in your reply.

You can also reply using the keyboard, dynamically generated replies based on the context of your message or by hand writing letters.

There’s little difference between the two but if I had to nitpick, I would say the bigger screen on the Ticwatch E2 is more advantageous for reading and using the keyboard. 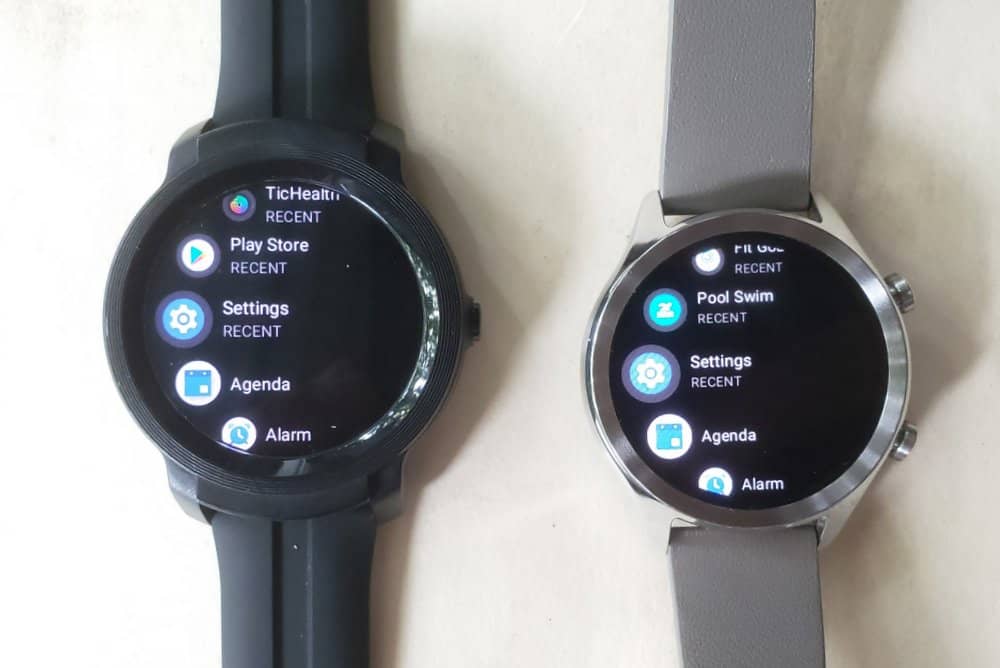 Both smartwatches use the Wear OS platform which means you get access to Google apps including Google Maps, Translate and Keep.

The app store also has many other useful apps including games, shopping list apps and music apps.

The breadth of that app store’s offerings is really advantageous because it allows you to extend the capabilities of the Ticwatches beyond the default apps.

Both have a GPS and both are waterproof for swimming.

Getting a GPS lock, though, is pretty slow. It takes a few minutes before you can reliably get any data. Plus, battery life severely suffers when you use the GPS (in addition to the brightened screen when tracking your workout).

Not only do both watches come with Google Fit, the default workout and lifestyle tracking software, they also come with Mobvoi’s TicHealth/TicPulse/TicExercise suite.

In the past, there were significant appreciable differences between the two suites, but that difference has since diminished as Google Fit updated the metrics it tracked.

For example, TicHealth used to track steps while Google Fit didn’t. Now, both do.

So you are stuck with a dilemma of which suite to go with since they both overlap so much.

The one major advantage the TicExercise app has over the Google Fit Workout has is that the former tracks swimming, while the latter doesn’t.

TicHealth also gives you periodic reminders to get a number of steps in every hour. It’s something that the Fitbit Versa 2 has, so I imagine it’s something people value.

Just remember that, before you take the TIcwatch C2 into water, that you need to swap out the leather strap for something else. And because of this, I’d say the Ticwatch E2 is a better sport watch. 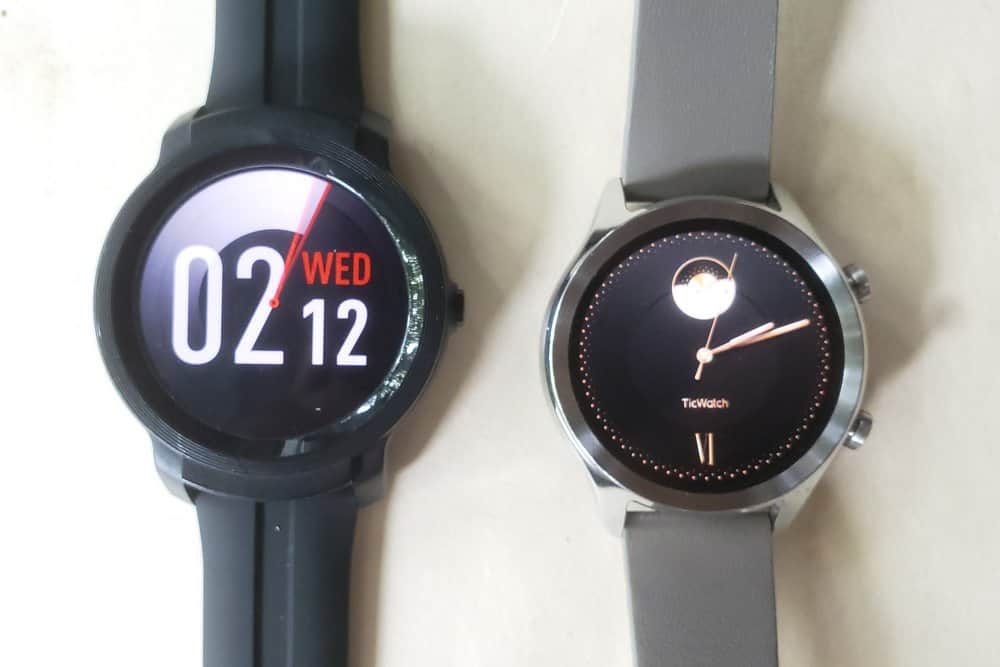 I really think the Ticwatch E2 is a better watch than the Ticwatch C2 because it is bigger, has a waterproof strap and is more comfortable to wear.

Software-wise, there is no difference between them.

You can’t go wrong with either watch, though.