Skip to Content
Here's a closer look at henley shirts including their brief history and a few FAQs on how these casual shirts should fit. Explore its different types and see which one would suit your taste best. 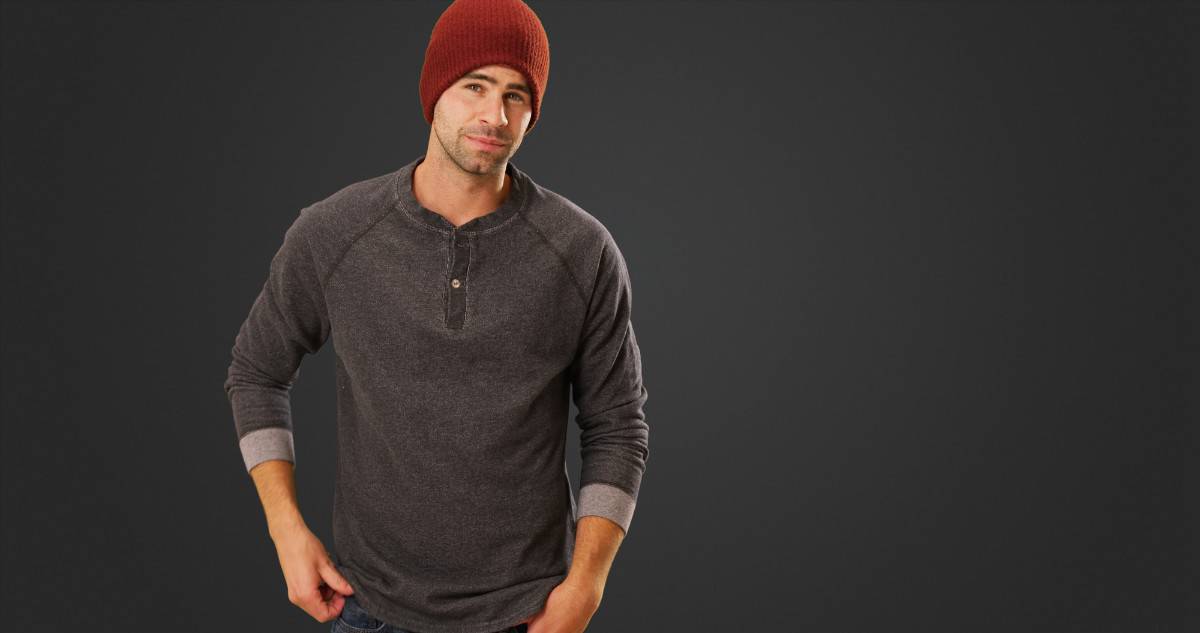 I have spent a lot of time looking for a casual shirt that is comfortable and feels great against my skin but is a step above a t-shirt. I prefer to wear t-shirts all the time, but sometimes I want something that is a little different. Stumbling onto the henley changed everything because it is such a versatile piece of clothing. Keep on reading to find out more about the henley.

What is a Henley Shirt? 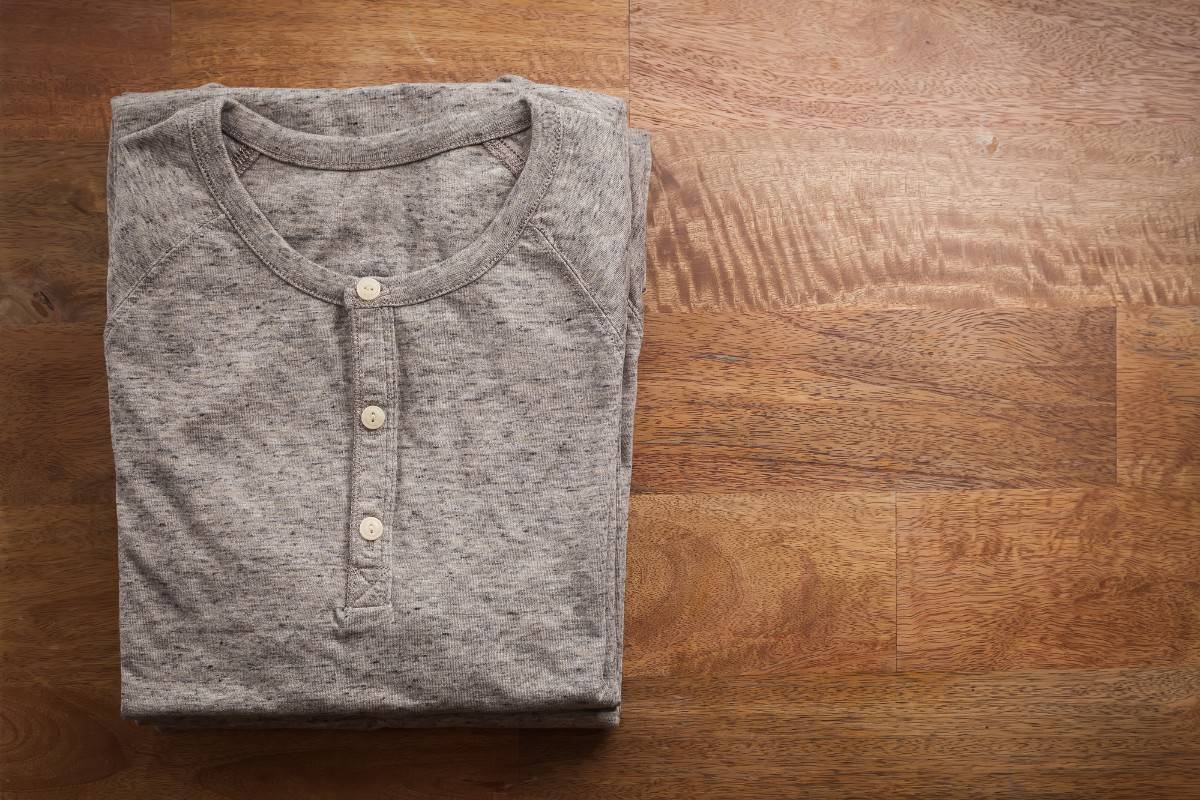 A henley is similar to a t-shirt except it has two to four buttons and a placket. They come in long sleeves, short sleeves, waffle, heavyweight, lightweight, and more. Some consider a henley to be dressier than a t-shirt, which is not really true. They always have buttons, which give them a different look.

A henley is excellent for layering. For some, they are a critical layering piece. It is ideal as a base layer and wearing under another shirt to provide warmth and style. Since the henley is worn next to the skin, it can change the way the clothes feel. If the top layer is uncomfortable, the henley can make any outfit feel much better.

When a henley is worn unbuttoned, it provides a rugged look. It creates two ends of a round collar. A henley is incredibly versatile and can be worn to work, a casual event, or under a button-down shirt.

Henley shirts started as a collarless polo shirts for rowing but have since become a staple for many. It is often worn by men but is increasing in popularity for women. While the basic look of the henley remains the same, there are some different types that might interest you. 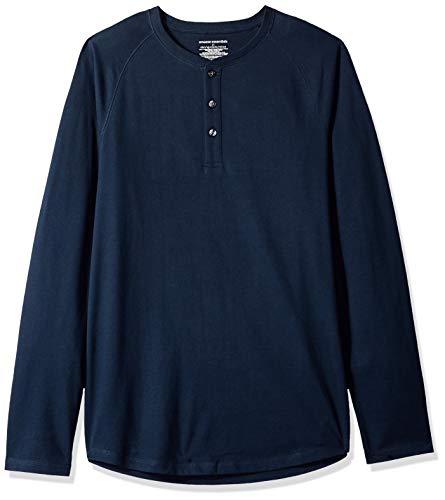 A long sleeve henley has all the characteristics of a henley that you would expect. It is a collarless shirt that has a placket and three to five buttons. The neckline is rounded, and the placket is anywhere from three to five inches long.

A long sleeve version of a henley has long sleeves that go down to the wrists and sometimes extend a little past the wrist. The cuffs of the sleeves are often ribbed but may not be. They may be fitted for a slimmer look, but they may also be loose for a more relaxed look.

A long sleeve henley may be made from cotton, polyester, spandex, or a blend of materials. 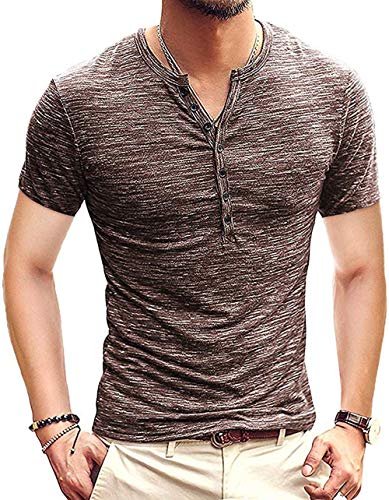 A short sleeve henley is more like a t-shirt. It is ideal for layering. They are similar to the long sleeve version in that they are collarless and have a placket and three to five buttons. The neckline is rounded, and the placket is anywhere from three to five inches long.

The significant difference is that this version has short sleeves, similar to the sleeves of a t-shirt. 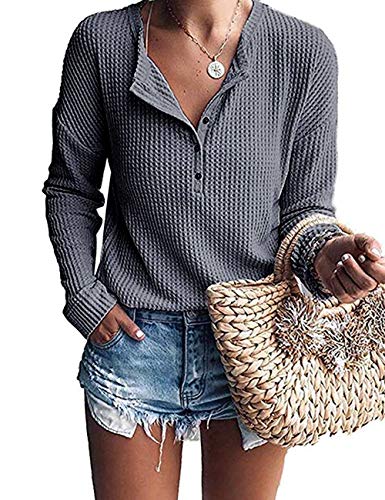 In addition, a waffle knit can have long or short sleeves. What sets the waffle knit henley apart is the woven pattern of the shirt. It has small, square grids that make a visible pattern on it.

It looks similar to the pattern of a waffle, which is how it got its name. This version of the henley provides extra warmth without a lot of bulk. 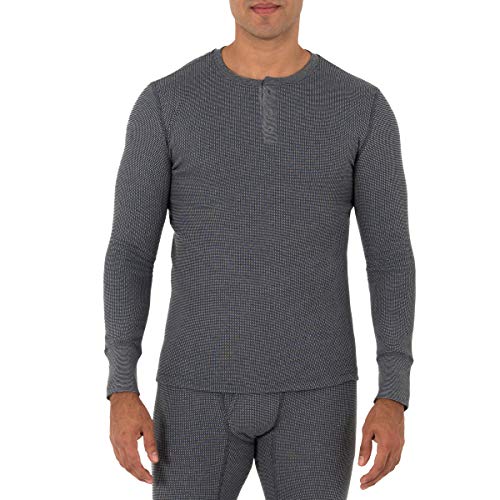 However, that is what they are. A thermal henley is usually thin because it is worn as a layer under other clothing. This type of henley was not intended to be seen by the public.

Although, today, the rules have changed over what is appropriate to wear in public. 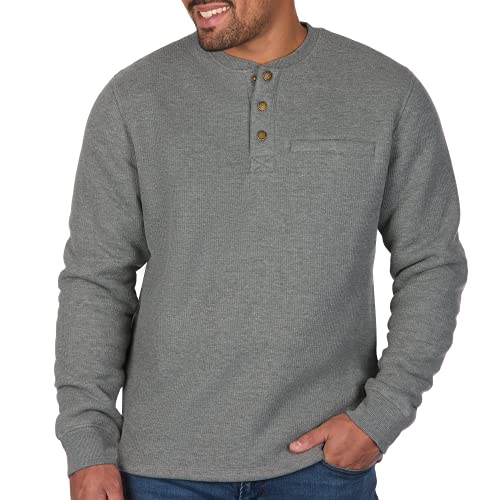 You would not expect to wear this henley under another shirt. However, you could wear it under a jacket or coat. This is a good option if you are working outside.

This type of henley is most likely made from 100% cotton. You may find these shirts lined to give you a little extra warmth. They may also be styled with a pocket, especially for those wearing them while working. 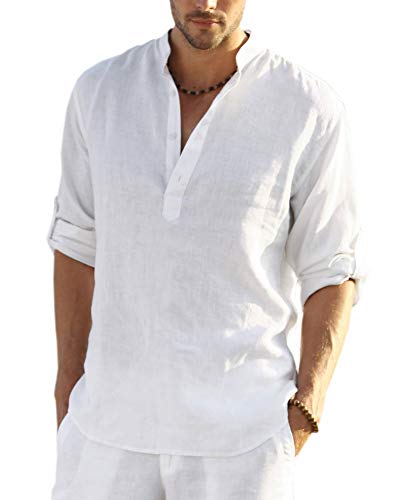 A lightweight henley is ideal for warmer weather. They can be long sleeves or short sleeves. These shirts are thinner and more breathable. This type of henley is closer to a t-shirt giving it a more casual look. You may find a lightweight henley made from linen, polyester, or a cotton blend. 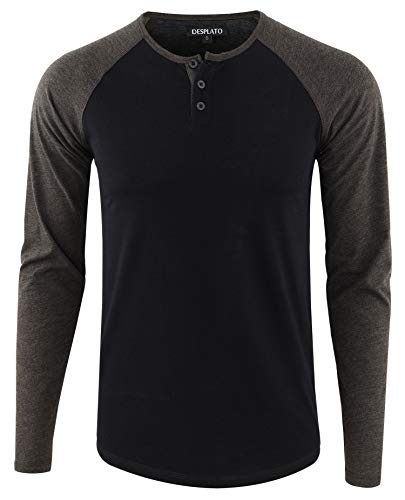 A baseball style shirt is often referred to as a raglan shirt. This style of shirt is highlighted by having the sleeve extend from the collar to the wrist as one piece. It often causes there to be a seam running diagonally from the collarbone to the underarm.

Usually, the sleeves are a different collar than the rest of the shirt, but they do not have to be. These shirts often have a rounded and collarless neckline. When a placket with buttons is added, the shirt becomes a henley.

These two styles are often married together to create a twist on the traditional henley and raglan shirt.

History of the Henley Shirt 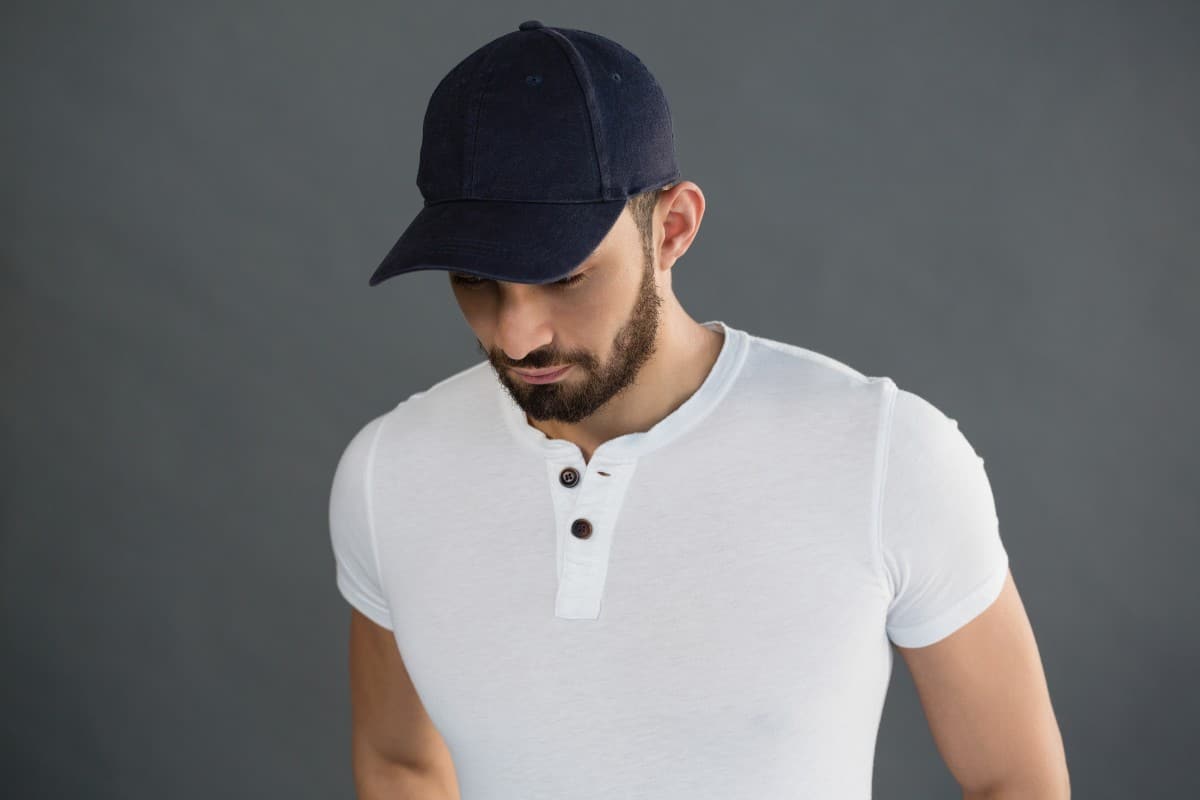 There are many variations of the henley that have been created over the years. This style of shirt is challenging to classify. When you first look at it, it appears to be a t-shirt.

Some henleys look like they are ready for hard work, while others are casual. The two to five-button placket and the rounded, collarless neckline are what set this shirt apart from everything else.

The henley got its start as men’s underwear. They were often called long underwear and were a base layer to be worn under clothing. Men often wore them while working in construction outside. Eventually, they extended to women and became women’s underwear, also.

In 19th century England, gentlemen wore them under their proper attire to stay warm. This was before the days of heat and thermal clothing. Instead, men would wear them to keep warm in the cold and drafty winters.

Then, in 1839, the henley was on the public stage at the Henley Royal Regatta. This rowing event was held on the River Thames in England. Rowers wore their undershirts during competition because there was no athletic wear option at the time. Eventually, the undershirts the men were wearing became known as henleys. As you can see, the name stuck, and the henley has made its way into popular attire.

Henleys are still worn today as a base layer to keep the wearer warm. As the temperatures begin to drop, you can start with a thinner henley and move to thicker ones as the temperature gets colder. You can find henleys intended for all types of wear. These options include wearing them outside for construction work, as a base layer for wear under a button down shirt, pajamas, or just wearing the shirt as is.

How Should a Henley Fit?

Should I Wear a Henley Buttoned?

What is a Common Mistake Made When Wearing a Henley?

Should a Henley Fit Tightly?

The best fit for a henley is that it is slim fitting but not skin tight. It should not be loose. Keep in mind that the henley was intended to be a base layer and, as a result, is designed to fit a little slimmer. If you have a baggy henley, it tends to look sloppy. It should be slim fitting and comfortable.