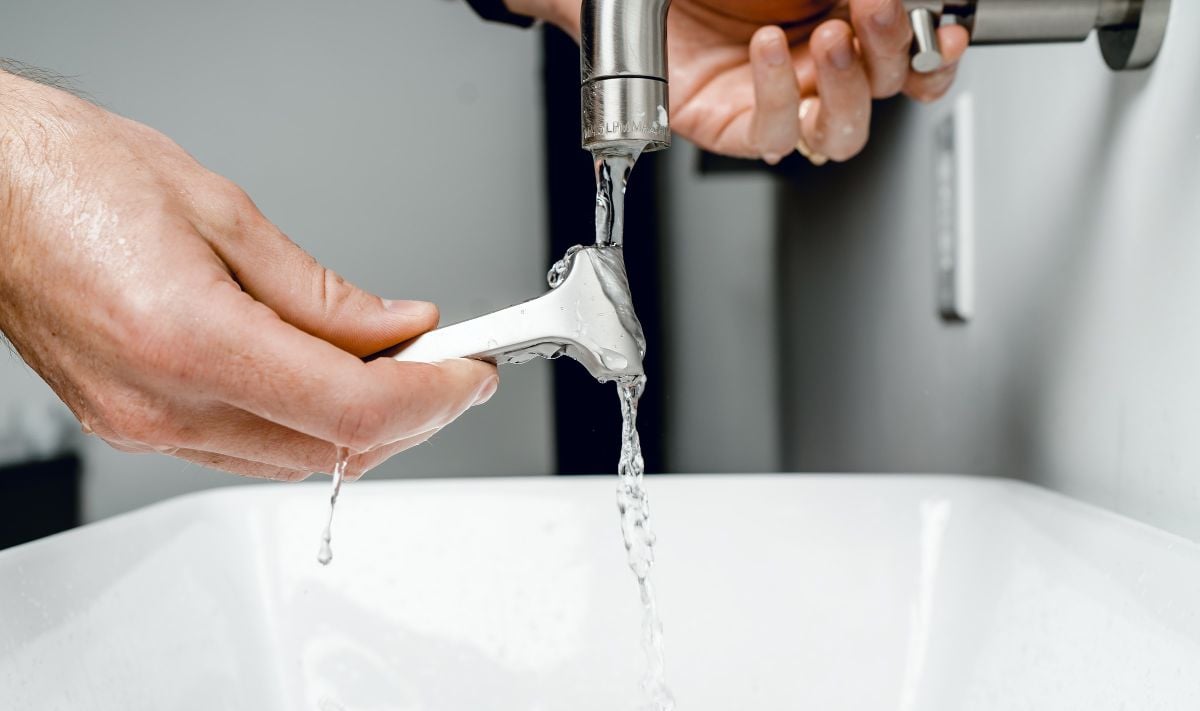 Shaving blades are big business in the modern era but actually, they have been a part of human culture for tens of thousands of years. Despite how long men have been using blades to shave their faces, there have been surprisingly few innovations and inventions when it comes to shaving.

How made types of shaving blades are there and how many have you used to keep yourself clean-shaven and groomed?

Ancient men shaved the hair off their faces for stylistic and practical purposes. Having a huge beard isn’t practical in the Ice Age. Should the beard get wet, it will freeze in those harsh temperatures and increase the risk of frostbite.

Stone Age humans were using shaped stone tools and sharpened shells to carefully scrape hair off their faces as far back as 60,000 years ago. These crude tools were dangerous to use and took a great deal of practice and care.

Facial hair was very much a part of culture and style by the time humans started to develop systems of writing and build great empires. Ancient Egyptians shaved their faces and their bodies, which was a necessity as much as it was a style choice. The hot African sun was much better tolerated without a lot of body hair.

Alexander the Great saw the advantage of shaving and instructed his soldiers to shear off their beards. Facial hair just gave enemies something to grab, after all. Soon, shaving caught on in ancient Greek culture and made its way to Rome, as all things Greek did in the ancient world.

They all had their own razors. Egyptians used a straight type of blade that’s not unlike the modern straight razor. Romans used a razor called a novacila that didn’t provide a very close shave. They removed leftover stubble with pumice stones and treated nicks from the razor with special ointment, sort of like an early after-shave lotion.

Rome embraced the trend of body hair removal and barbershops were created where people not only had hair removed but also gossiped and exchanged news.

Through the ages, facial hair carried certain significance and cultural importance. It’s very easy to see that certain facial hair trends have come and gone in certain places through time. During the Middle Ages, for example, Catholic priests were encouraged to shave their beards because Jewish and Muslim religious leaders wore beards.

This was a way to visually distinguish between religious leaders from different faiths. 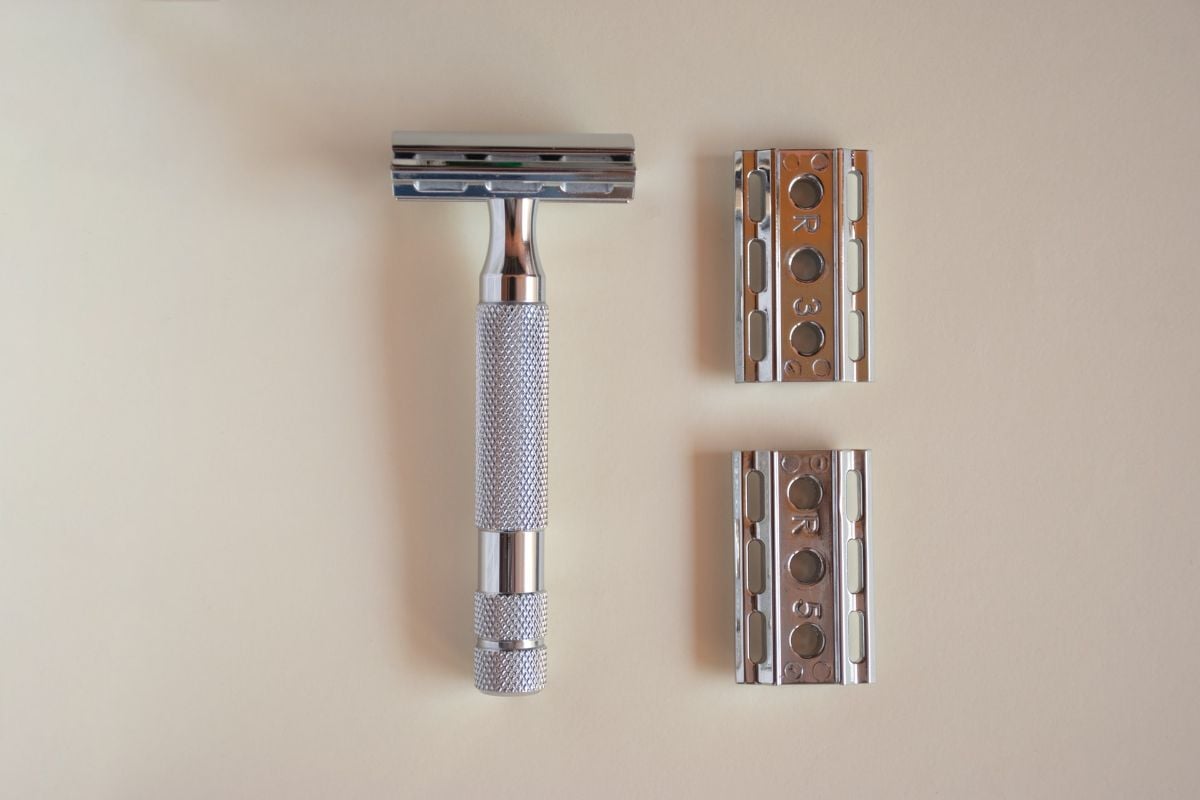 Different beard, mustache and sideburns styles came and went throughout time. When Socrates walked around in ancient Greece, have a large and full beard was definitely a status symbol. If you wanted to really burn somebody back in those days, you’d insult his beard.

Large mustaches became popular in the late Victorian period. Many men in photos from those days have many big, rather bizarre mustache styles. Big, full beards were all the rage in the U.S. in the 1960s and 1970s. And in the 1980s and 1990s, it was much more about being clean-cut or having very little to no facial hair.

Facial hair trends come and go but the shaving blade…that’s been around almost as long as people have been around.

No one knows the names of those early cavemen who first bravely took a sharp rock, applied it to their faces and scraped the hair off, though these gentlemen inspired tens of thousands of years of shaving and beard history. However, we do know the name of the man who invented the modern version of the razor.

Jean-Jacques Perret is considered to be the person who created the safety razor. According to legend, he was inspired by a different tool altogether. He noticed that a joiner’s plane, which is a tool used to shape wood, had a design where a sharp blade was securely built into it. He applied a similar design idea to a shaving razor…and changed the game completely.

And everyone else wanted a piece of the action. In 1901, another innovator came along and put some refining touches on the safety blade design. King Camp Gillette designed a safety razor with a double-edged blade that had a top and a bottom shield. This new design was totally disposable. Instead of replacing or sharpening a dull blade, you just replaced the entire razor.

The modern razor was born and it came just in time for the Industrial Age. Now, there are many types of shaving blades. How many of them have you tried?

There are so many different brands and types of razors on the market now, you can get overwhelmed by having too many options. So how do you know what you should choose and how many of these razors are actually just the same?

There are a few main types of shaving blades. Know how to identify them and start figuring out which type of razor is the one that works best for you. 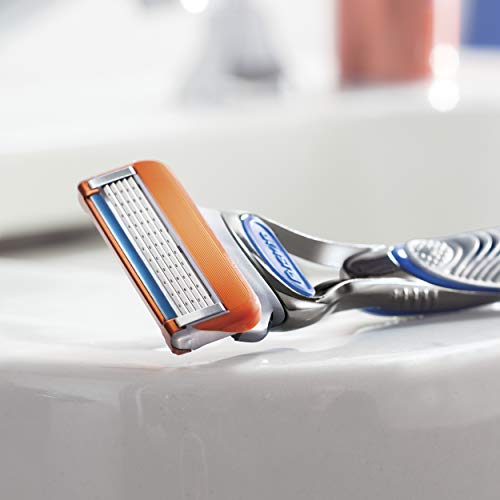 Cartridge razors are composed of two pieces: the handle and the razor blades. The cartridges are disposable and snap right off the handle. A new cartridge can be swapped out for the old very quickly. Cartridge razors typically come with three-blade or five-blade designs.

Modern cartridge razors are made in a design that lifts up the hair and then shaves it away. These razors are designed with flexible blade housing that pivots and moves to adapt to the contours of your face to provide a close shave. 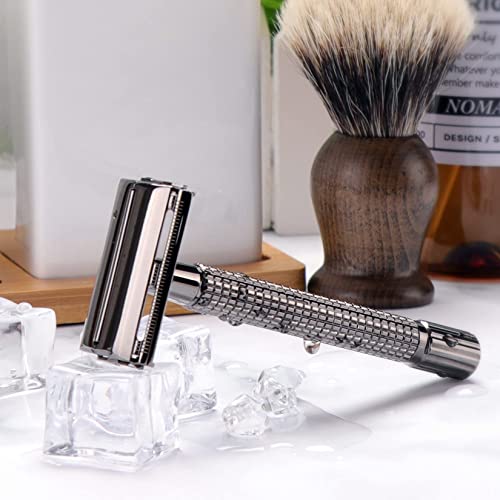 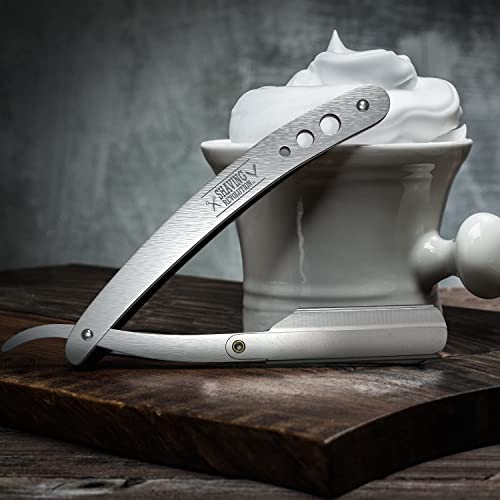 The straight razor is actually still favored by shaving purists and some barbershops pride themselves on using straight razors. Many men say that this is the closest possible shave and truly, straight razors are more like those ancient Egyptian razors than they are like modern shaving implements.

Straight razors are made with a long, straight blade. This blade is sharpened so that it is never dull and handled with a great deal of care, as straight razors are incredibly dangerous devices. These razors are not disposable and with good care, can last a long time. 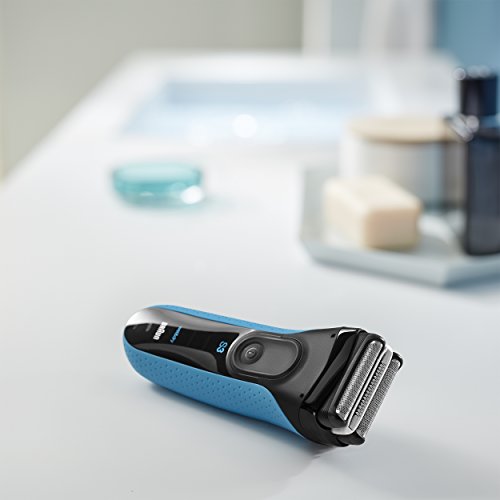 These are the most effective shaving tools when you want to create different beard designs and keep your beard at a certain length.

Electric razors are convenient because unlike every other razor on this list, they don’t need shaving cream (or shaving foam or shaving soap or any other lubricant). They are very quick and easy to use.

However, they don’t provide a shave that gets as close as the other types of blades. Many electric razors are made with rotary blades that move in a circular motion.

What Are Shaving Blades Made Of?

There are lots of different brands and all different types of razors out there. They come in all colors and they’re made from all sorts of different materials, though you’ll see plastic the most often. But what about the actual razor blades, the essential part of the razor itself?

For the most part, the same materials are used to make razor blades across all well-known commercial brands. Steel is used to make disposable blades but it’s very thin, low-quality steel that dulls quickly. This is because the razors are meant to be thrown away after just a few uses. Steel is a common razor blade material because it does not corrode or rust.

Shaving handles, however, are most commonly made with plastic, metal or wood.

What’s the Deal With Moisture Strips?

Many types of cartridge razors and safety razors are made with extra features to set them apart from the competition and provide a more comfortable shave. Many are designed with small moisture strips that moisturize skin as you shave. Some are made with “cushioned” blade designs made to feel more comfortable on the face.

The Types of Shaving Blades You Can Use

There are lots of different brands and flashy styles out there but when you get down to it, there are some basic types of shaving blades. When you peel away all the fancy bells and whistles, there are just a few basic types. Once you figure out what type of shave you want and what kind of blade will give it to you, then you’ve got the whole shaving game figured out. 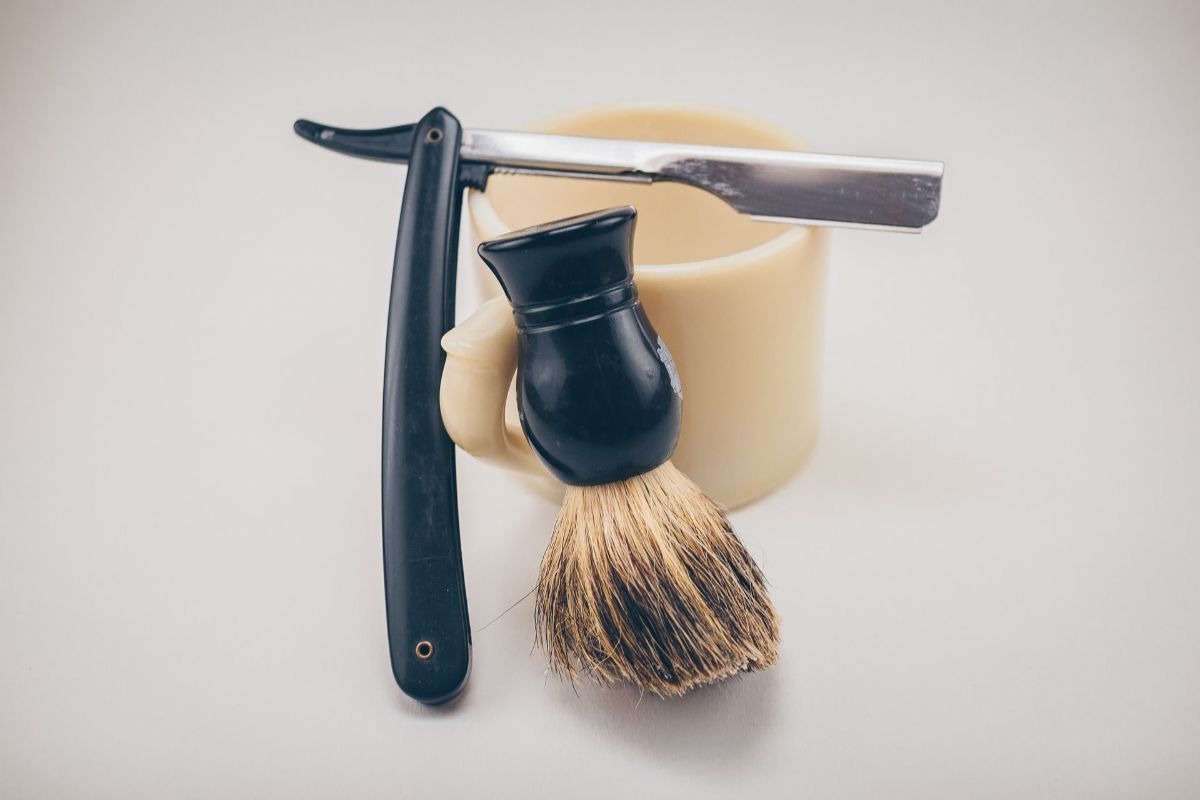 How long do shaving blades last?

Most types of razor blades will last you for about five to 10 shaves. Electric razors last for much longer. When it comes to disposable razors and cartridges, you should replace them every five to seven shaves.

As for electric razors, you should replace the shaver head or simply get a new razor every 12 to 18 months. The blades will become dulled and the performance of the shaver will be compromised over time, which can lead to discomfort while shaving and eventually will result in botched shaves.

Can you take shaving blades on a plane?

Can you sharpen electric shaving blades?

While there are some ways to sharpen shaving blades in disposable razors, such as running the razor against the grain of denim about 30 times, there really is no way to sharpen electric razor blades because of the way they are designed.

People are becoming more eco-conscious and disposable razors are becoming more of a problem. Mainly made with plastic and metal, razor blades are starting to fill up landfills and they’re actually a real environmental concern. So…are they recyclable?

Yes. Razor blades are recyclable but there are problems. Because they are a combination of materials and because of the metal used for the blades, you can’t just toss razors into the recycling bin. Some companies offer a service where you can get a recycling bin to store used razors and then ship the bin to a recycling center.

Gillette, still one of the biggest names in razors, has partnered with one such company to provide a recycling program.

How should you clean shaving blades?

Don’t wipe your razor blades on a towel or cloth. Rinse them thoroughly under hot water. Razor blades are made with steel, which will not rust, so use water to your advantage and rinse blades clean. This will keep your blades sharper longer and keep them cleaner.

Razor bumps, scientifically named pseudofolliculitis barbae, can happen anywhere on the body. old a warm, wet cloth on your skin for a minute or two before shaving. This will warm up the skin and open the pores, which will prevent razor bumps.

Gizmodo – A Nick in Time: How Shaving Evolved Over 100,000 Years of History

Men’s Health – How Often Should You Change Your Razor?

Tools of Men – The 5 Different Types of Razors