Skip to Content
Any type of pants will definitely go well with flip flops and a variety of outfits can be made with this pairing. Here are a few ideas sporting casual flip flops with pants. 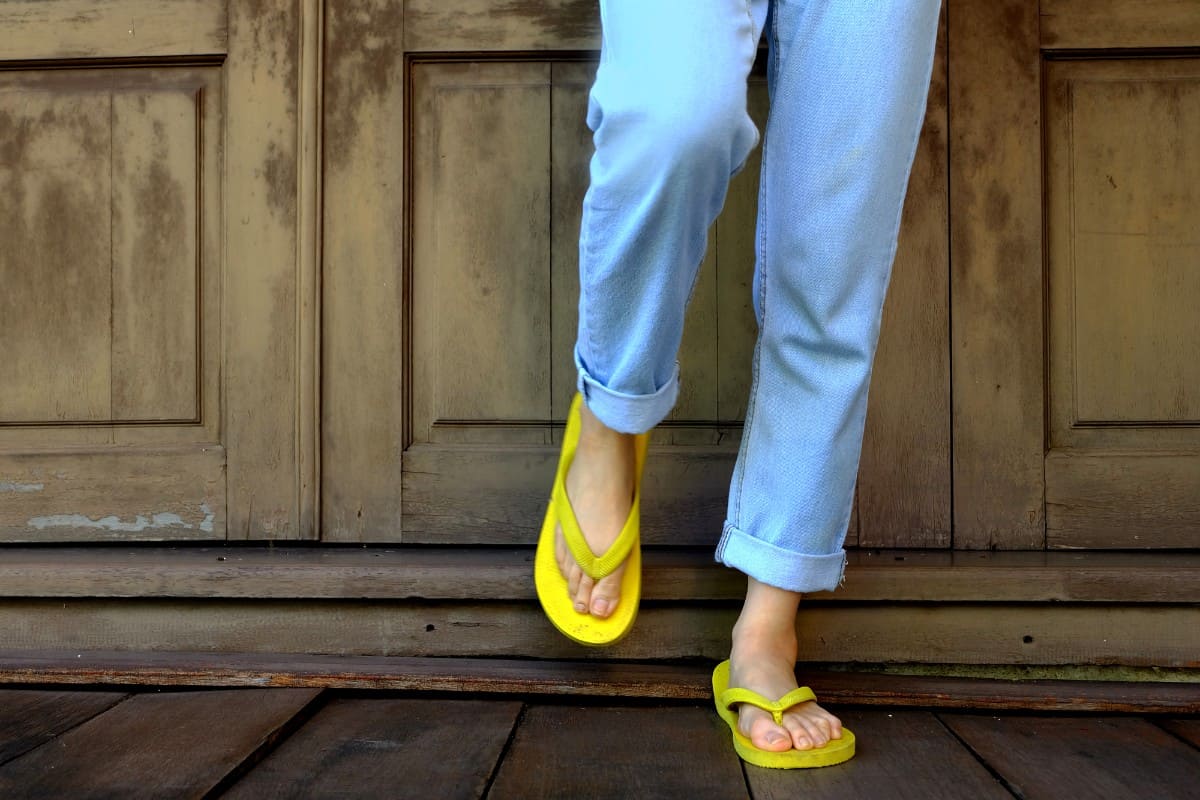 I didn’t use to think so, but I just found out you can wear just about any type of pants with flip flops, including skinny jeans and rolled-up pants. Upon making my decision about how to wear flip flops with pants, I came up with two primary choices: Casual Flip Flops and Thong Dress Sandals. 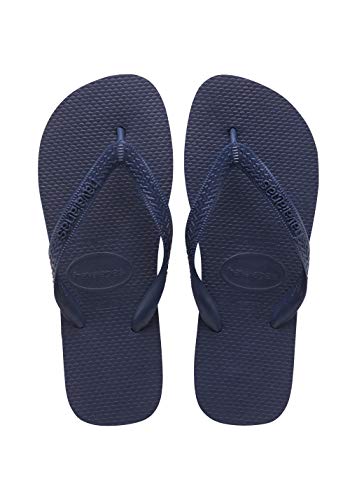 “Flip-flops get a bad rap, and some will tell you that they’re never appropriate. But the fact of the matter is, there are times when flip-flops are not only appropriate, they’re actually ideal,” says Desiree Stimpert from the LiveAbout Fashion & Style department.

I think about all the times I “condemned” flip flops. I only wore them for walking to the store, or they became shower shoes when going to the gym.

I never thought of them as an item to wear with an outfit when around people, unless I knew I could get away with not caring how I look. Upon further review, I found flip flops that may look good with different styles of casual pants or jeans that seem more exciting than the all-black ones I originally chose.

Honestly, casual flip flops bore me. Most of them just come in standard solid colors, or maybe they have palm trees or some other print. I decided I don’t care for casual flip flops that much. To me, they’re nothing more than just a medium between the contaminated ground on which I walk. I did find a few exceptions though. 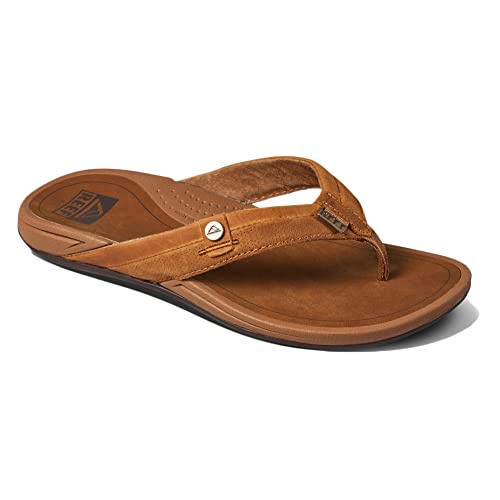 I think the dressier thong sandals work better than flip flops with most outfits I’ve seen, but this pair of brown flip flops that has a suede-like texture appeals to me. I’d consider it one of the “less boring” options, but I’m not sure it even qualifies as a “casual” pair. I’d wear them with dress clothing, so you know where my mind is at. They could match up well with most blue jeans, however. 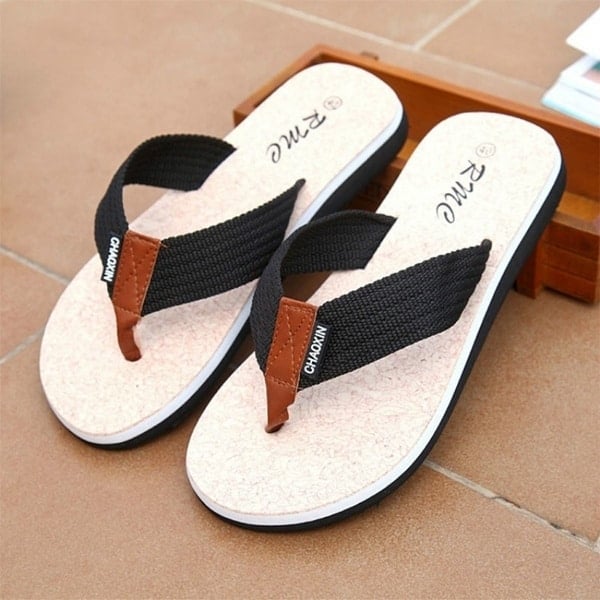 These pair that I found have a sporty appeal – not bad. If I liked tennis and wanted to brave the court without the traditional white sneakers, I’d choose these. They look comfortable enough, and they have an elastic upper, which probably would keep them secure on the feet more so than standard flip flops. They could fit with most active wear outfits, I think, if the pant legs don’t have the hideous elastic ankle on them. 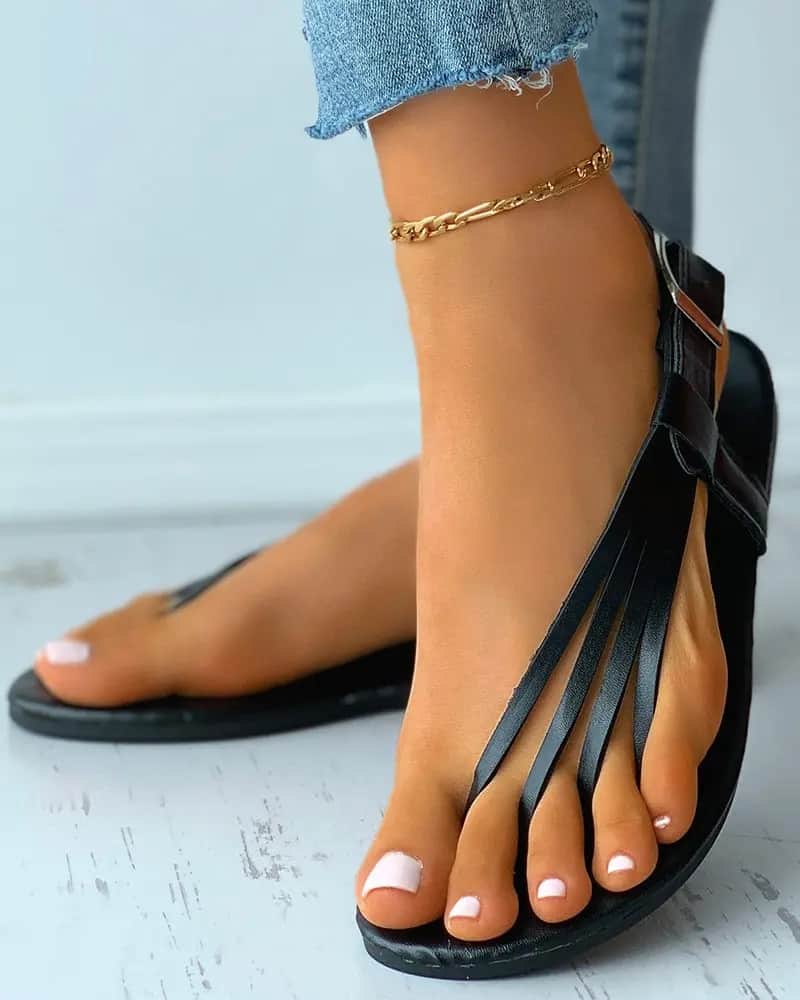 I found one of the least typical pairs of thong sandals just now. I’m grateful too because it came at a time when the idea of flip flops was starting to bore me. This new pair of multi-toe strapped thongs defies all that I ever believed in concerning either thongs or flip flops.

These sandals with several straps between more than one set of toes appear elegant enough for wearing with dress pants without being too flashy, but they even match up with rolled-up pants or skinny jeans. If wearing with dressier clothing, I picture them with flared or wide-legged business pants, but they also may work with cuffed cropped trousers or capris. 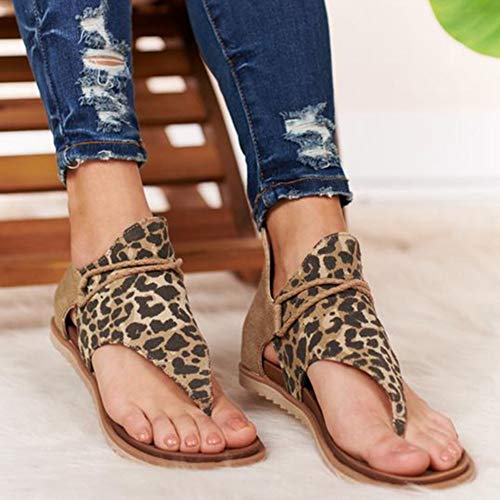 This also appears atypical as to what I would think of even when considering dress flip flops. I get the concept, and they match well with skinny jeans just as much as most of the other pairs I selected do. They may also combine with wide-legged pants, but I don’t see this type fitting well with any other fabric besides denim. 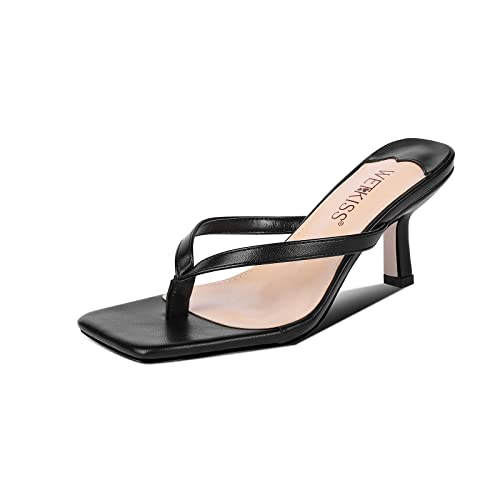 I almost listed this pair as my first choice. This heeled thong has become a standard compromise between the dress heel and a cooler shoe for the summer months. In fact, I’ve read about a similar pair described on Who What Wear by Kristen Nichols:

“If you want to wear suiting this summer, go for a linen pantsuit and add a pair of flip-flops with a subtle kitten heel.”

As far as the linen outfit that writer Nichols describes, I like it. Linen has become one of my favorite fabrics to wear in the summer, and the outfit shown looks dressy enough for some office environments. 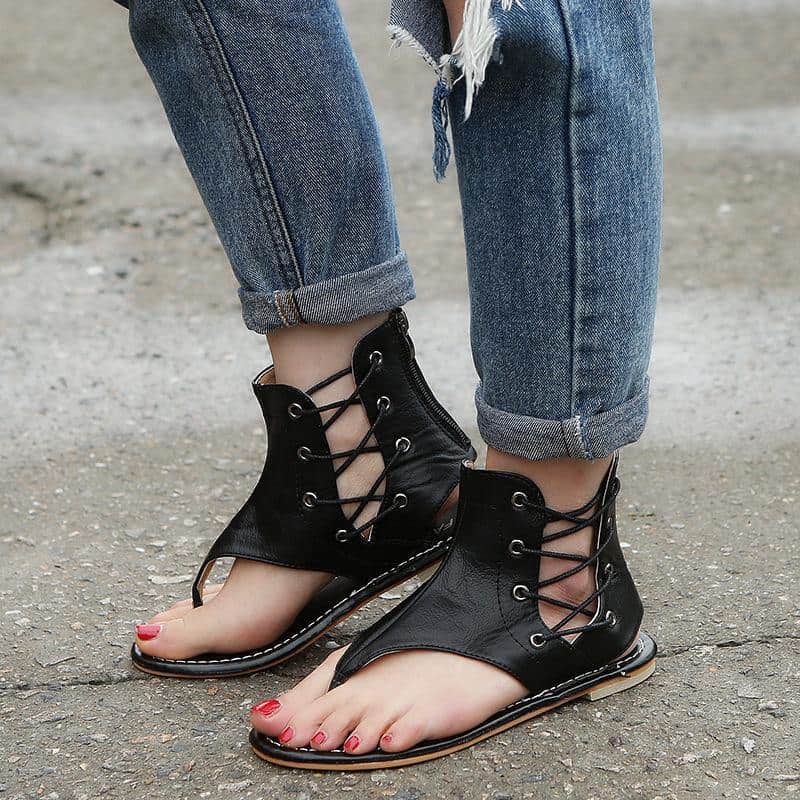 These flip flop flat sandals also stood out to me. They have an upper that appears like animal skin but doesn’t have to be. I’d probably wear them with black jeans instead of blue ones, and I think they’re dressy enough to wear with wide-legged pants or bell-bottoms. I’m saying this because I heard that bell bottoms are coming back in style again. 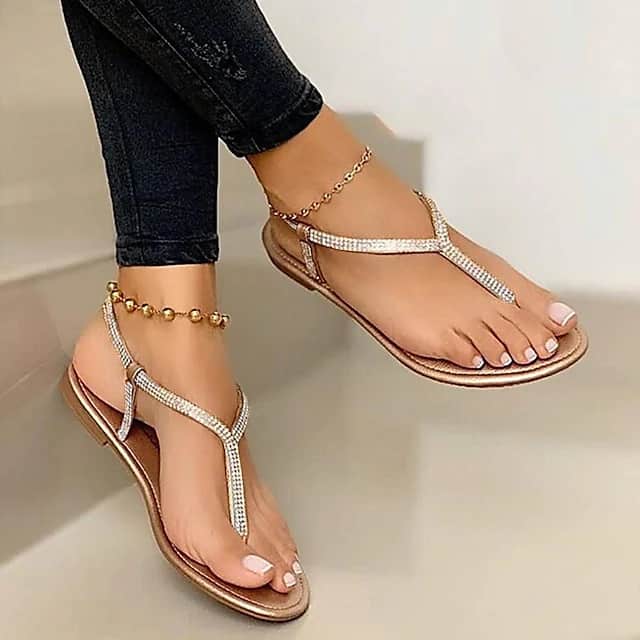 Source: Light in the Box

Funny, I see these pair of gem upper thong sandals paired with the black jeans. In this case, I’m giving the opposite advice I’d give about the black thong sandals with the upper fabric. I’d prefer them with blue jeans instead of black ones or just about any other color pants. I’d made one exception, however. I’d wear them with black jeans, whether skinny or not, if I wore a metallic shirt that has a silver appearance. 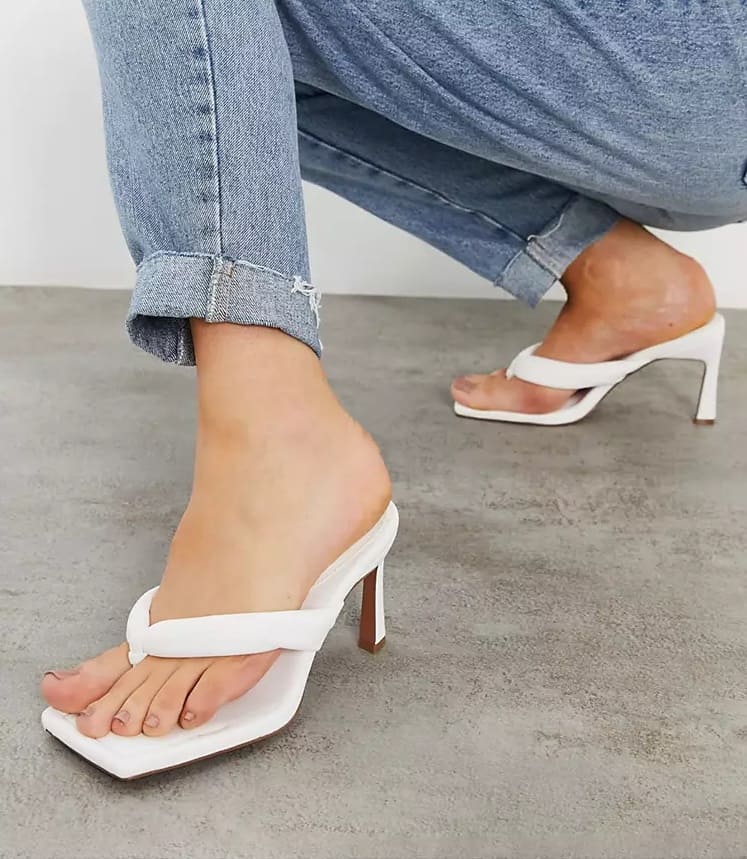 Here’s another pair of heeled thong sandals that probably would work well with just about any kind of pants. The square tip at the front provides an interesting change from the standard thong or flip flop you might see.