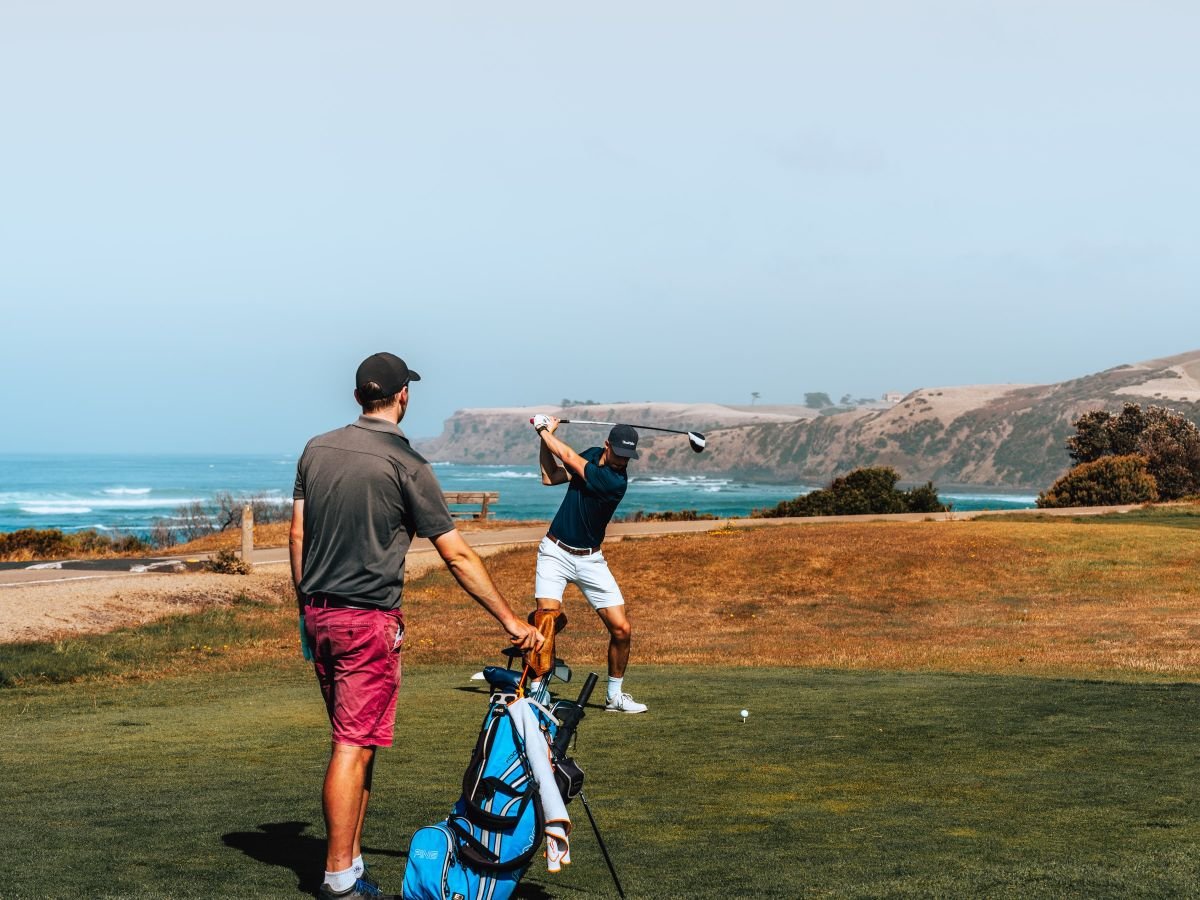 It’s a lazy Sunday afternoon. You’ve got your comfy pants on, your snack bowl fully stocked, your favorite ice-cold beverage. You kick back to watch a little golf. That’s when you notice it. The more you look, the more you see it. Until suddenly, you can’t watch the game. You’re too busy trying to figure out the answer to a question that so many have asked: why do golf caddies wear overalls? What’s with this weird fashion trend, how did it start and why is it happening?

If you’re watching golf and you notice that every single caddie is walking up and down the greens wearing something that looks like white overalls, then you’re probably watching the Masters. This is one of the biggest golf events of the year and one of the most prestigious and oldest golf tournaments in the world. The Masters is played every year at Augusta National. 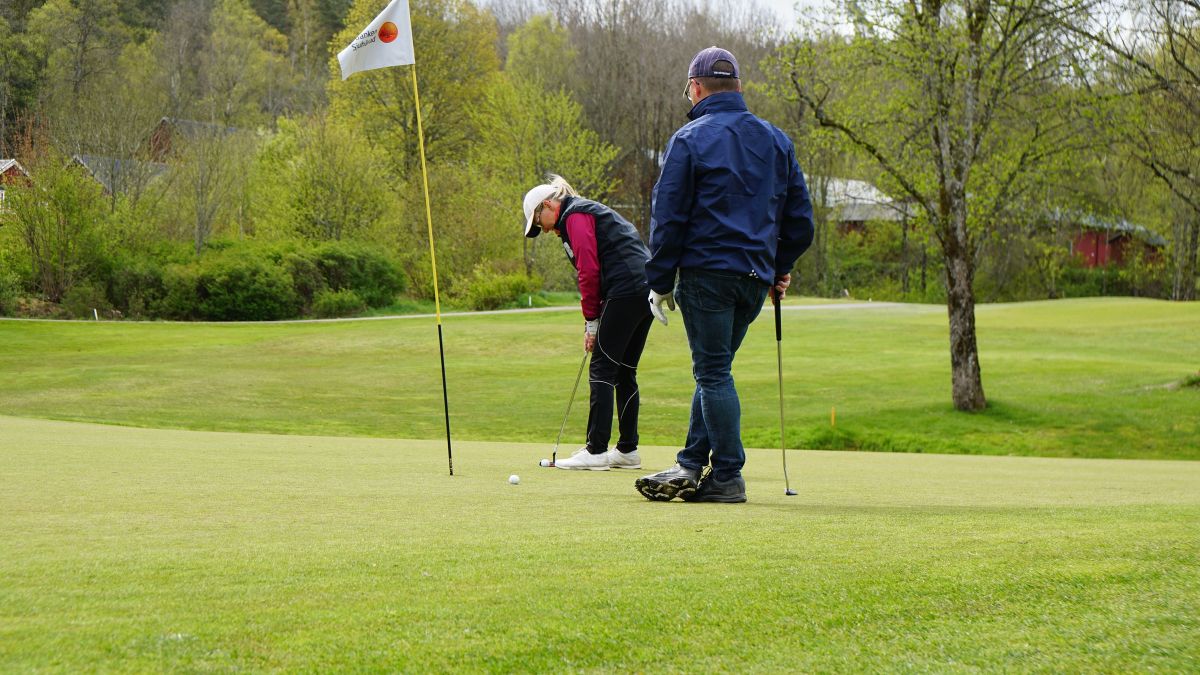 Golf watchers will tell you that the Masters at August National is one of the four “majors” of the year, meaning it is one of four major tournaments. The world’s biggest golf stars compete in the Master’s, which some consider to be the most prestigious of the four.

Since pretty early after the club first opened in 1933, caddies at Augusta National have worn white jumpsuits at the Masters. In those days, caddies were hired from among financially challenged locals, who did not always have the fashionable, preppy type of clothing that is worn on the golf course. The caddies were provided with outfits instead. Debate on when they started wearing the white outfits varies, with some sources saying the tradition began in the 1930s and others citing the 1950s as the source. 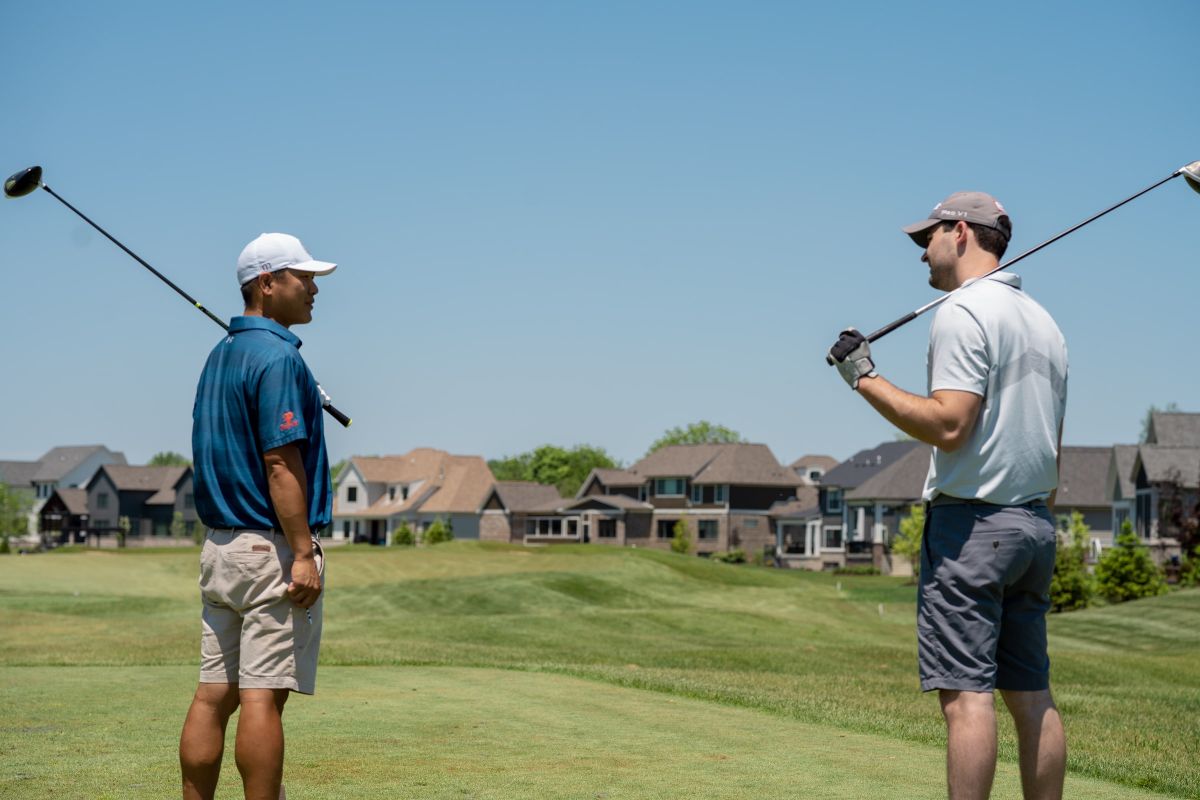 For most of its history, Augusta provided golfers with club caddies to help them on the course. This changed in 1983, when golfers were allowed to bring their own caddies. However, the clothing rule didn’t change even when this did. Caddies are still required to wear white jumpsuits during the Masters. The caddies also wear numbers on the suits, which are the numbers assigned to each golfer as they register for the tournament. Number one is always given to the preceding year’s champion. 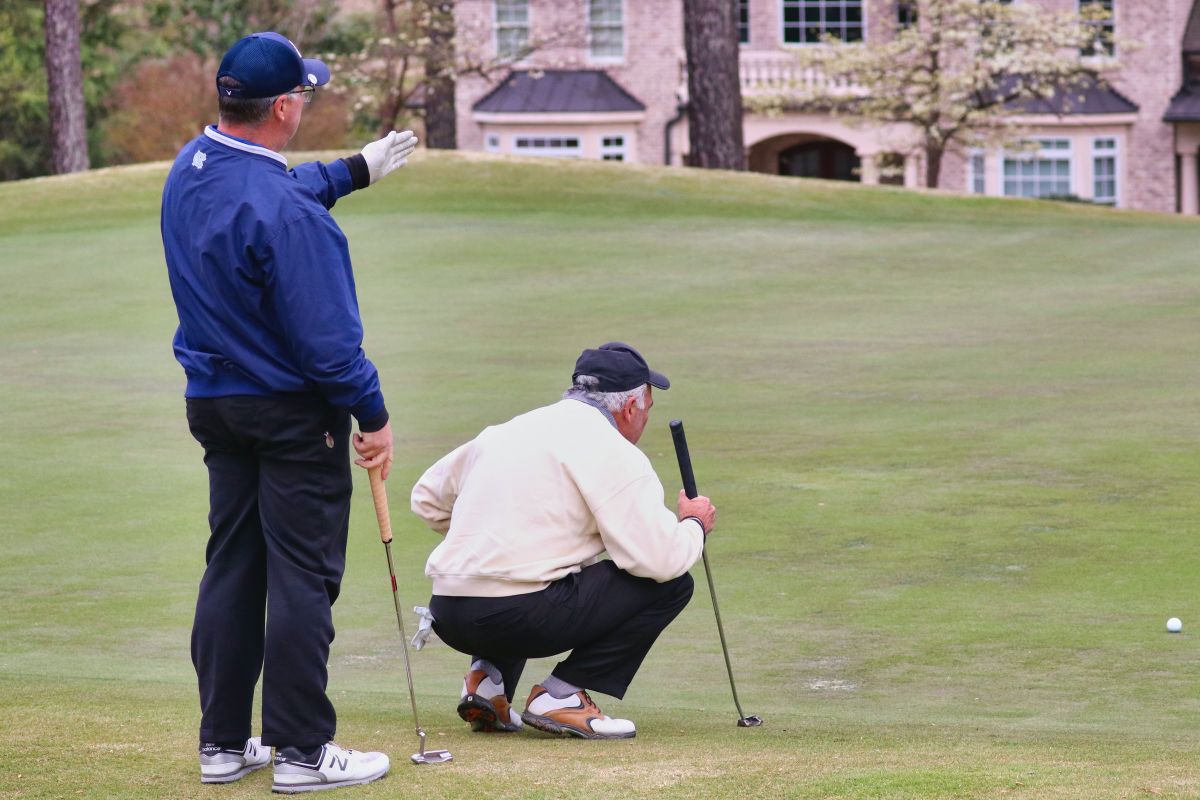 Jack Nicklaus, however, refused to accept the number in 1966 when he returned to Augusta as the defending champion. He said that no one had ever won under that number and insisted on having the same number he had when he won the tournament the previous year. He became the first golfer in history to win the event in back-to-back years.

There’s actually a bit of a fun tradition with the white jumpsuit worn by the winning caddie at the Masters. The golfer who wins the tournament gets to wear the famous, iconic green jacket. The bold green jacket is a hallmark of the Masters and one of the most recognizable pieces of fashion in the world. However, that jacket is returned to the club after one year and it may then only be worn at the club. The winning caddie, however, gets to keep their jumpsuit. And if they want to wear it again, there’s no reason why not. In fact, some caddie jumpsuits have practically become famous.

Caddies and Their Clothes

Caddies are by no means a modern invention. There is a reference to caddies being at the St. Andrews golf course as early as 1691, in fact. The word itself is probably derived from the Scottern term for a person who manages luggage, also known in France as a valet. In these early days, caddies were hopeful professional golfers looking for the opportunity to spend more time around the course. Other caddies were simply seasonal workers who wanted to add to their income. 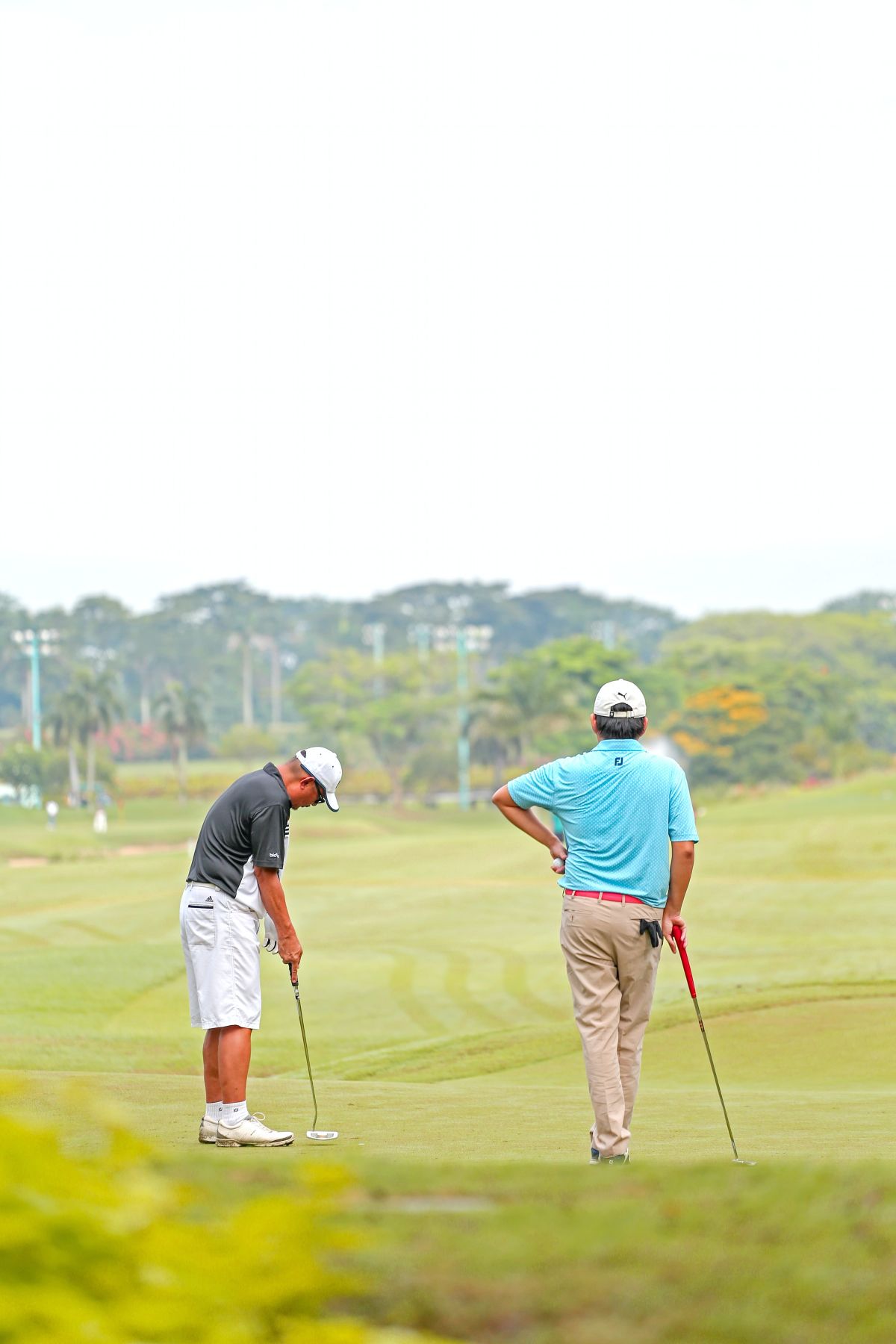 In 1870, there were 21 registered caddies at St. Andrews. That year, three of them went on to win Open Championships. The first recorded caddie was Andrew Dickson, who was a caddie for the Duke of York during a match on Leith Links. A reference to him appeared in 1600s writings.

Throughout history, caddies have pretty much worn the same type of clothing as the golfers they accompany across the fairways. As fashion trends change and popular golf course looks evolve over time, so does the clothing worn by caddies…except for that white jumpsuit.

The jumpsuit worn at the Masters is made with a cotton-poly blend that is lightweight and breathable. This makes it easy to wear. The numbers and logos on the jumpsuit are attached with Velcro. It’s a simple, straightforward design that has long legs and long sleeves. It fits somewhat loosely and it simply slips right on over the clothing you’re already wearing. 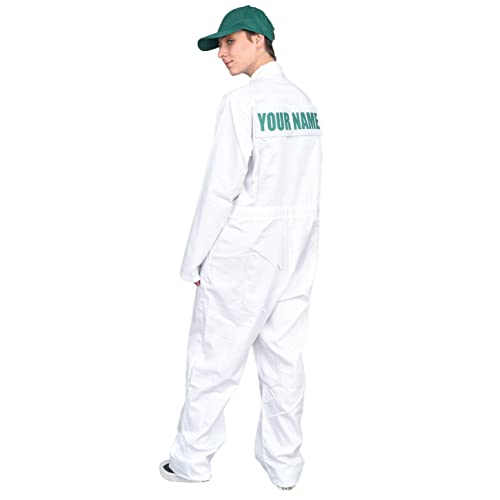 In the modern era, caddies are being recognized for the knowledge and skill they use to give their golfers. There’s even a caddie hall of fame honoring caddies who have made a difference. Today’s caddies wear clothing that matches the dress code of the course where they are playing. Typically, this is a collared shirt and long shorts or pants in a neutral color and golf shoes. Some clubs give caddies branded baseball caps to wear. 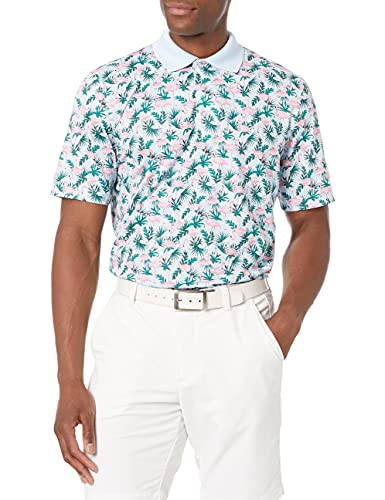 Actually, caddies don’t wear overalls. At least, they don’t on the golf course. Overalls are not usually accepted within the dress codes at golf clubs, where denim just really isn’t worn. Even young caddies dress appropriately and most of the time, wear clothing that is very similar to the golfers. Caddies do wear coveralls during the Master’s but this is a specific event. The rest of the time, caddies wear ordinary golf clothing that is sometimes covered with a branded bib.

Why Do Golf Caddies Wear Overalls?

Why do golf caddies wear overalls? They don’t. They wear bibs and they wear coveralls but overalls typically are not accepted golf attire. Caddies who want to know what to wear on the job need to look no further than the golfer they are caddying for. Unless caddies are given special items to wear by the golf course, bank on wearing slacks, a belt, collared shirt and golf shoes. This is the standard attire for both golfers and caddies.

Golfweek – What Does a Golf Caddie Wear?

National Golfer Club – Why do caddies wear white jumpsuits at the Masters?

Sportscasting – Why Do The Master’s Caddies Wear White Jumpsuits?