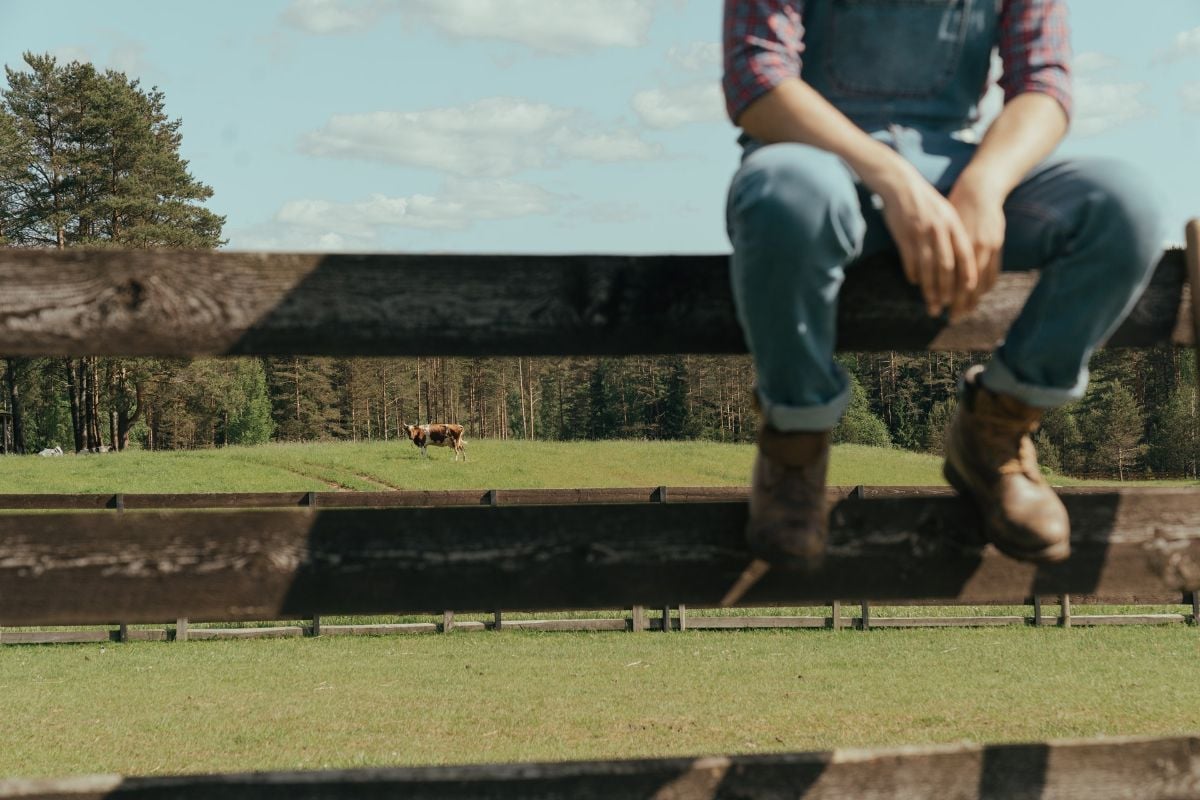 Every week or so, some super hot female celebrity posts a social media pic of herself wearing overalls in a sexy sort of way. Overalls are a popular trend in women’s fashion and they’re appearing everywhere. But can guys wear overalls? Is there a stylish way to pull this look off? The strange history of overalls goes here, there and everywhere but this fashion item definitely isn’t done yet. It’s time to learn a whole lot more about overalls and your over all style.

When overalls were first created, they were only worn by men. That’s because they were worn by soldiers in the British military. Overalls were designed to go over their uniforms, acting as an additional layer of protection against dirt and grime they would find during tough, dirty jobs. In these early days of overalls, they were made with a tough cloth that was made in a village in India called Dungri. This is where the word “dungarees” comes from. 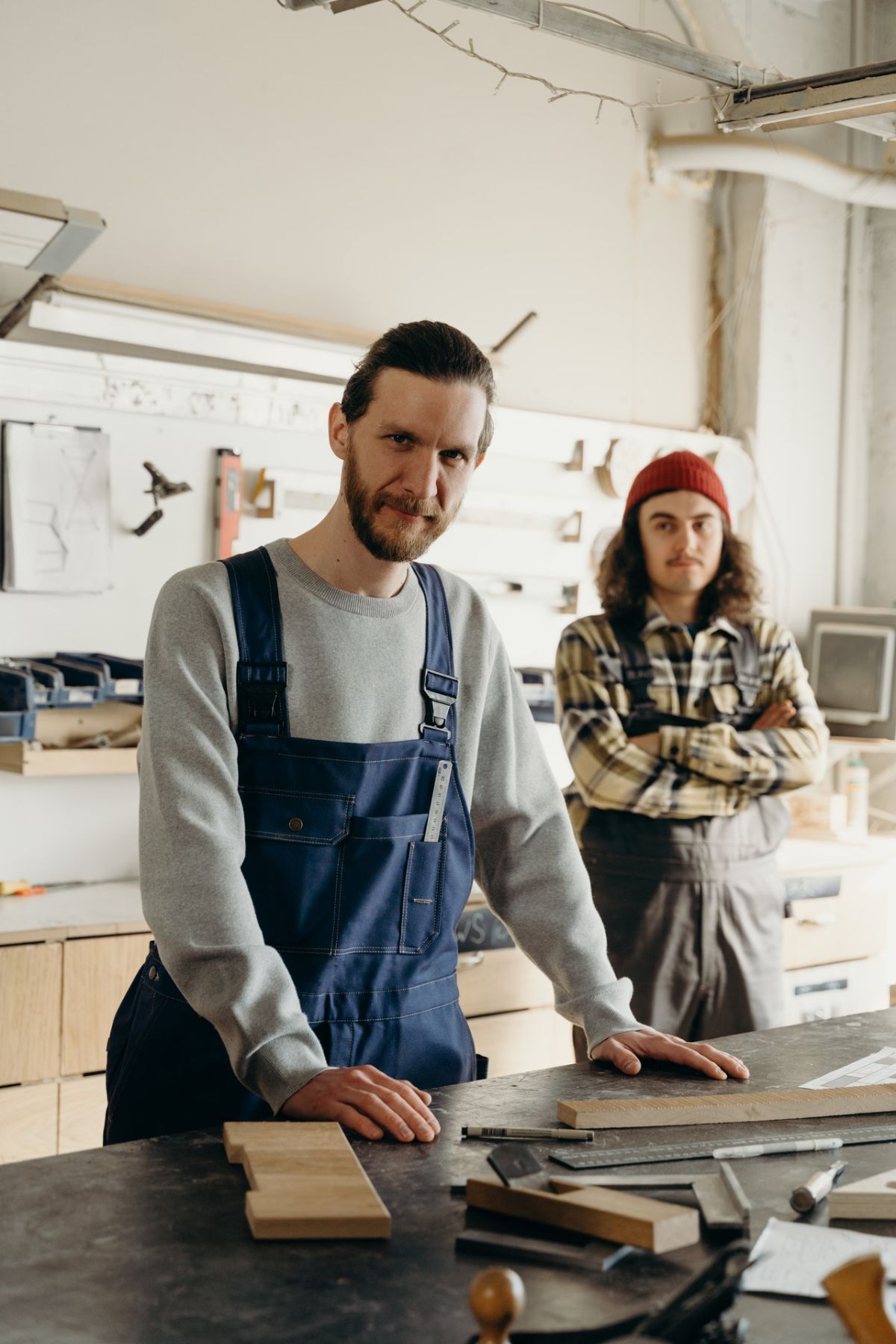 They quickly became popular with non-soldiers. All the way on the other side of the ocean, farmers in the U.S. started wearing overalls. Called “slops,” the overalls ended up being perfect farmwear because they were durable, they were made to get dirty and they fit comfortably.

About a century passed and farmers all over America were wearing their own homemade overalls. Most clothing was homemade in the late 1700s and early 1800s, with some people purchasing custom-ordered clothing from local tailors. One such tailor was Jacob Davis and, along with a guy named Levi Strauss, he was going to make overall history.

The two men collaborated to make blue jeans, a new type of work pant that quickly became extremely popular. So the two decided to continue their success with a pair of bib overalls, which they designed and started to sell in the 1850s. Now, overalls were more streamlined, more standardized and more popular than ever. 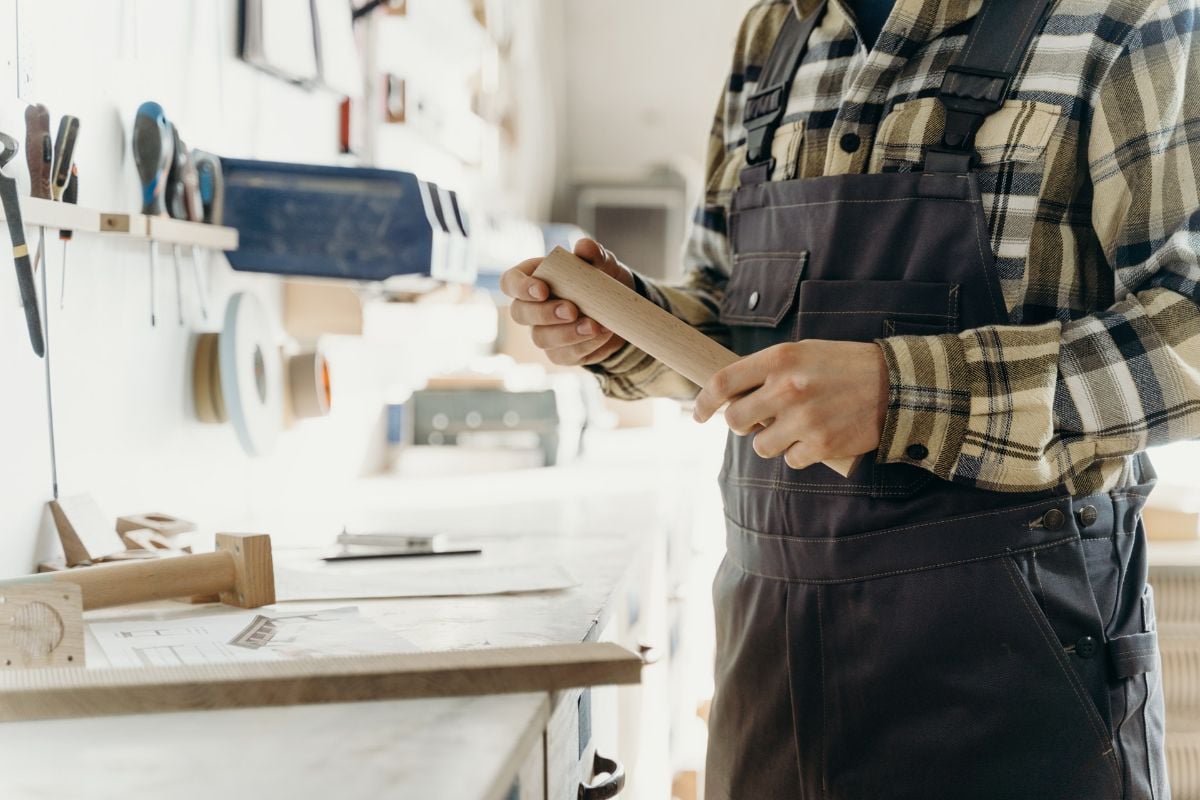 But they were still worn mostly by men. Overalls became popular with workers across all different industries. Railroad workers, miners, ranchers, farmers and many others started wearing overalls as part of their regular day-to-day workwear.

When Overalls Got Girly

In the early 1900s, things changed. Two world wars happened and for the first time, a large number of women were welcomed into the workforce. Women flooded factories, farms and ranches to do the jobs left behind by men who went overseas to fight. And when they went, they were wearing overalls.

Suddenly, overalls were female fashion and they were a hot item. Popular early Hollywood actresses, like Judy Garland, were photographed wearing them. Overalls had jumped into women’s fashion and soon, they were going to get super stylish.

Overalls appeared in pop culture and fashion in a big way beginning in the 1960s, when they became a symbol of youth and rebellion. They really exploded on the style scene in the 1980s. Overalls were embraced by hip hop and rap culture and became the “in” look of the day. 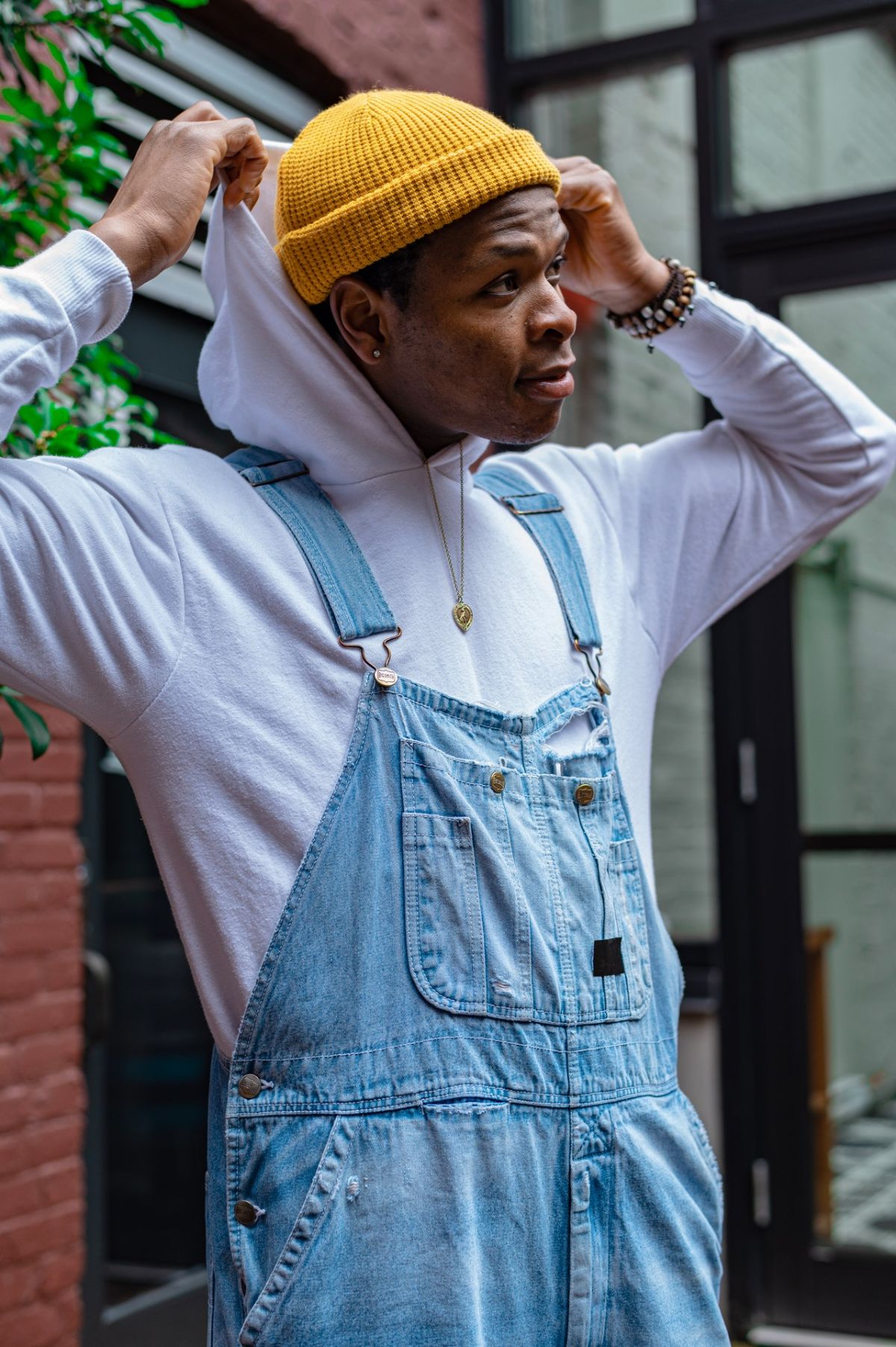 In the modern era, overalls are often a highlight of women’s style looks. They’re sexy, they’re glamorous, they’re made now in a huge variety of materials ad colors and patterns. But are they just women’s fashion? Can guys even wear overalls without looking silly?

Unless you actually are a farmer or a rancher, styling overalls can be sort of tricky. Overalls are a good way to create casual style but you can go wrong easily. However, there are lots of ways to go right when it comes to styling overalls for men.

Strike a style chord that’s a little bit military and very tough looking by sticking with a neutral color palette. Olive green, charcoal gray, shades of brown, all of these are perfect for overalls. Pair them with a T-shirt in another, complementing neutral color. A pair of tennis shoes in white or gray complete this look perfectly. This is a casual look that also says you aren’t afraid to get your hands dirty. Tough guys wear overalls, too. 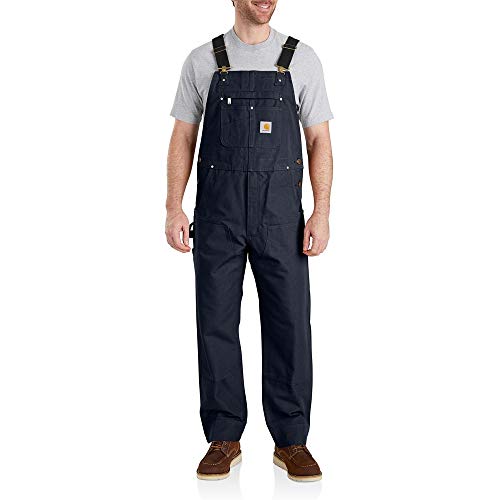 Capture working style with a pair of denim or corduroy overalls in a dark blue or brown. Pair this with a long-sleeved thermal shirt and no extra shirt over it. Finish with work boots and you will have a very sexy, work ready look that’s stylish, too. 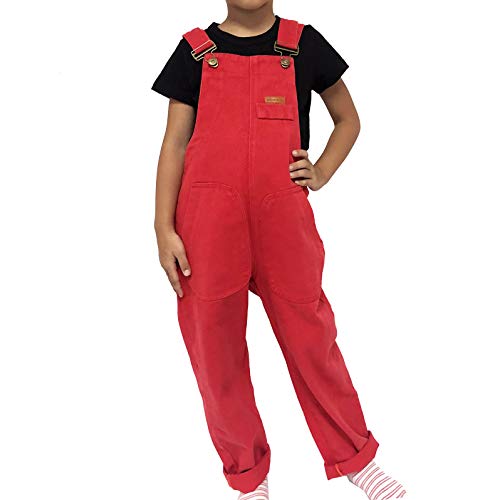 Overalls are actually the perfect item if you want to create a cool, hipster vibe. Wear overalls in a bright color, such as ruby red or royal blue, and add a graphic T-shirt underneath. A black and white T creates great contrast under the colorful overalls. Undo one strap of the overalls and let it hang free to allow more of your T-shirt to show. Finish this look with bright white tennis shoes and you’ll have a great hipster look that’s good for day or evening casual activities.

With the right attitude and the right shirt, you can pull off a preppy look when you’re wearing overalls. A pair of dark denim or distressed overalls creates an interesting contrast against a white, collared button-up. The white collared shirt is usually worn with business attire but with the sleeves rolled up and the collar unbuttoned, this becomes an oddly great partner with overalls. Finish with loafers and no-show socks and you’ve got a creative, casual mix of preppy cool and carefree comfort that really works. 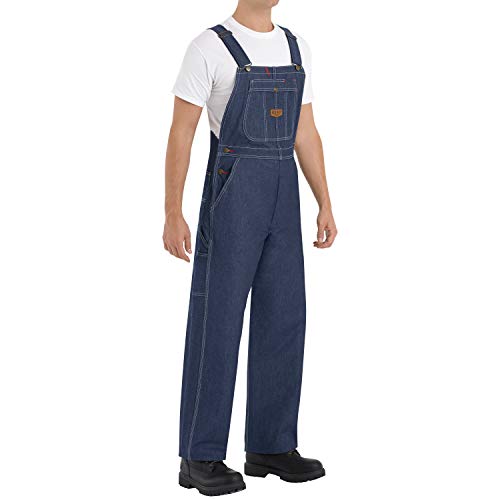 Look ready to take on any city in sophisticated style in a pair of overalls in a lightweight material. A cotton or linen looks great in any color. You can choose overalls in any color you want when you wear them with a white T-shirt with the sleeves cut off. Finish with a pair of black combat boots and a baseball cap to create cool, casual style that looks at home in any city environment. 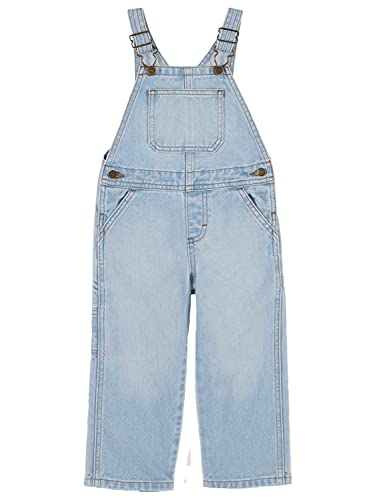 If you’re hanging out at home and looking for an overalls look to maybe turn someone else’s head, no problem. Put on a tank top or, if you’re really feeling bold, forget about the shirt. Slip into some distressed or light wash denim overalls and sneakers with no show socks. This is a very dressed down and sexy look. If you wear it with self-confidence, you will wear it well. 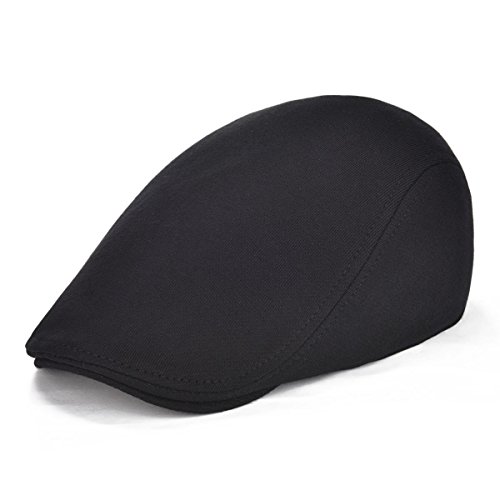 Capture a look that’s classic and elegant by tapping into that Old World, European vintner sort of vibe. All you need is a long-sleeved Henly shirt, buttoned all the way up, in a soft off-white or light gray shade. Finish this with a classic flat cap in a soft gray and black boots and you will look every bit the elegant country gentleman.

How Should Overalls Fit?

Styling overalls is difficult but it’s even harder when you’re not exactly sure how overalls should fit. No matter what you wear, you want clothing that fits you well and fits you the way it’s supposed to. Nothing looks worse than ill-fitting clothing, no matter what you choose to put on. 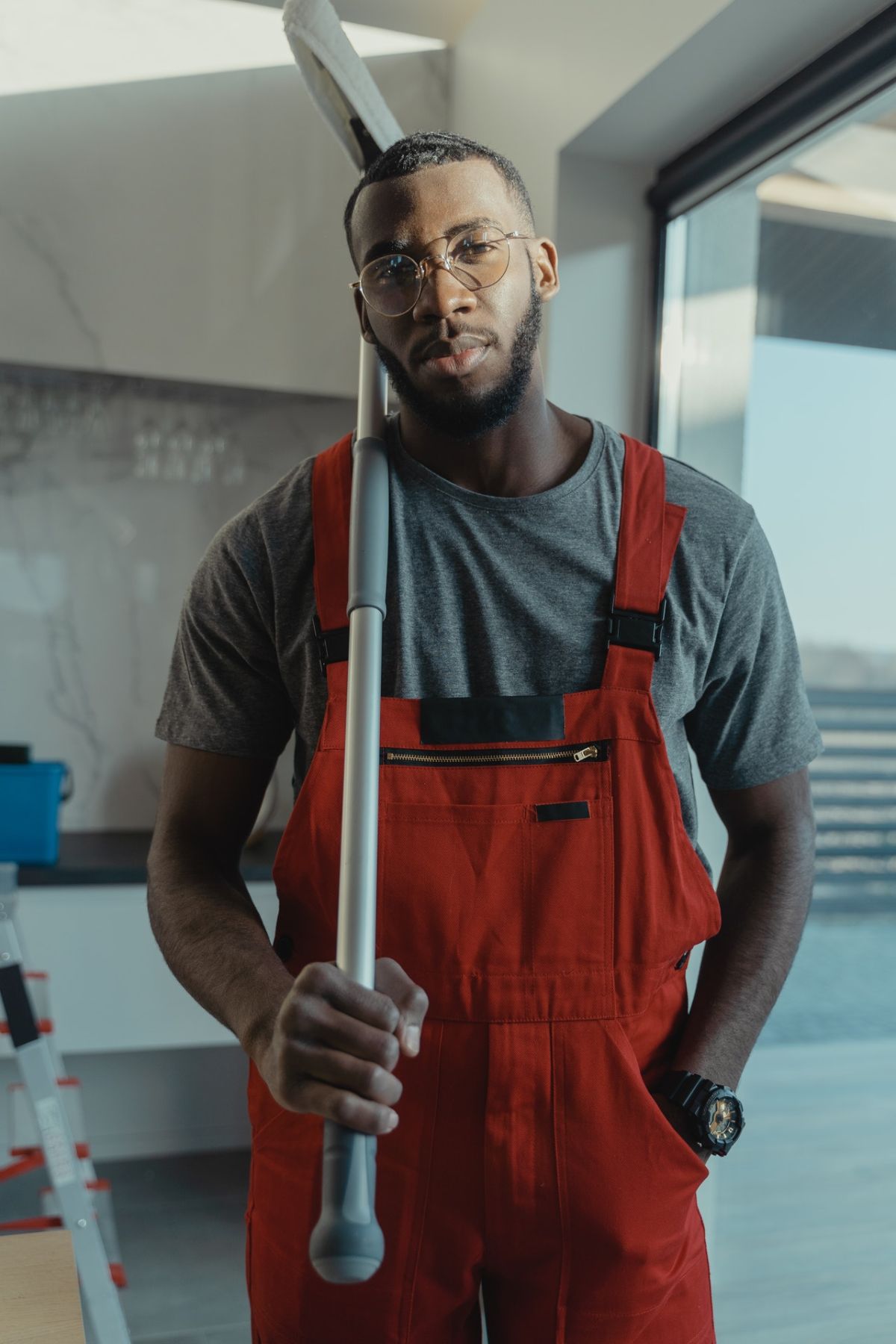 Overalls should be a little bit loose around the body. Unless you’re specifically wearing a skinny style for the sake of fashion, they should be comfortable for you to move around in. After all, overalls were initially designed to be workwear. Mostly, you want to make sure you have a good fit around the waist and between the legs. As long as you have a somewhat loose and comfortable fit in these two areas, your overalls fit pretty well. You should be able to reach up, bend down, squat and twist freely in all directions.

The other thing to look out for then you’re trying to get the right fit for your overalls is length. The length of the overalls should end right at your ankle, not too far above and not too far below. You can always have your overalls tailored so that the length is perfect. the right length means you get the right hang, or drape, on the overalls. They’re designed to fit at this length so this is how they will look the best. You can always go with a quick hack and cuff up your overalls to make them the right length but this is a pretty casual solution. You’ll look more put together and certainly more tailored if you have the length altered.

So, can a guy wear overalls? They can and they can wear them quite stylishly. There are many ways to style overalls that make them look amazing. Olay around with different overalls looks and try this style out for yourself. After all, overalls have been a part of men’s fashion for over 200 years. Isn’t it time you gave them a try?

Man2Man – How to Wear Men’s Dungarees? | Top Tips to Pull Off the Overalls Trend for Guys

Menswear Style – Should a Man Ever Wear Men’s Overalls?